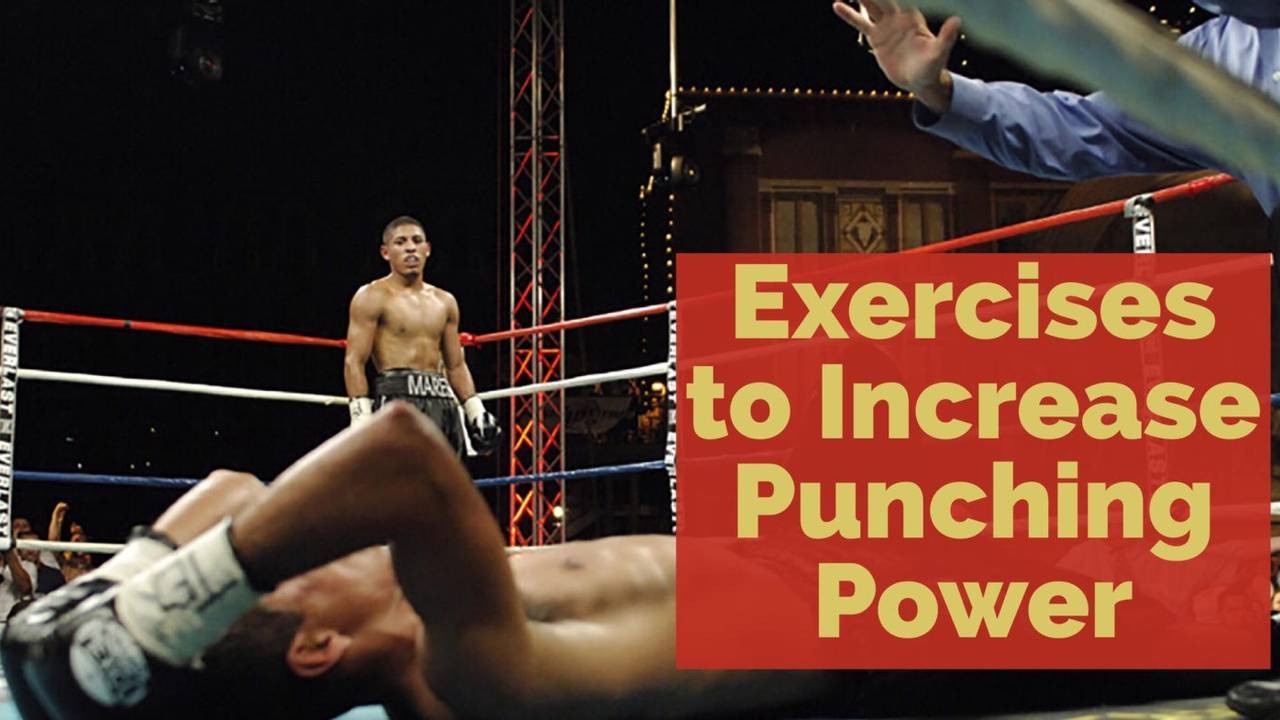 Increasing punching power is a highly sought after result for most fighters.  While many have contested that lifting weights can slow a fighter down and reduce their effectiveness in the ring, research continues to prove that  a well organized strength routine is very beneficial.  Below we've summarized two key aspects for increasing Punching Power Exercises . 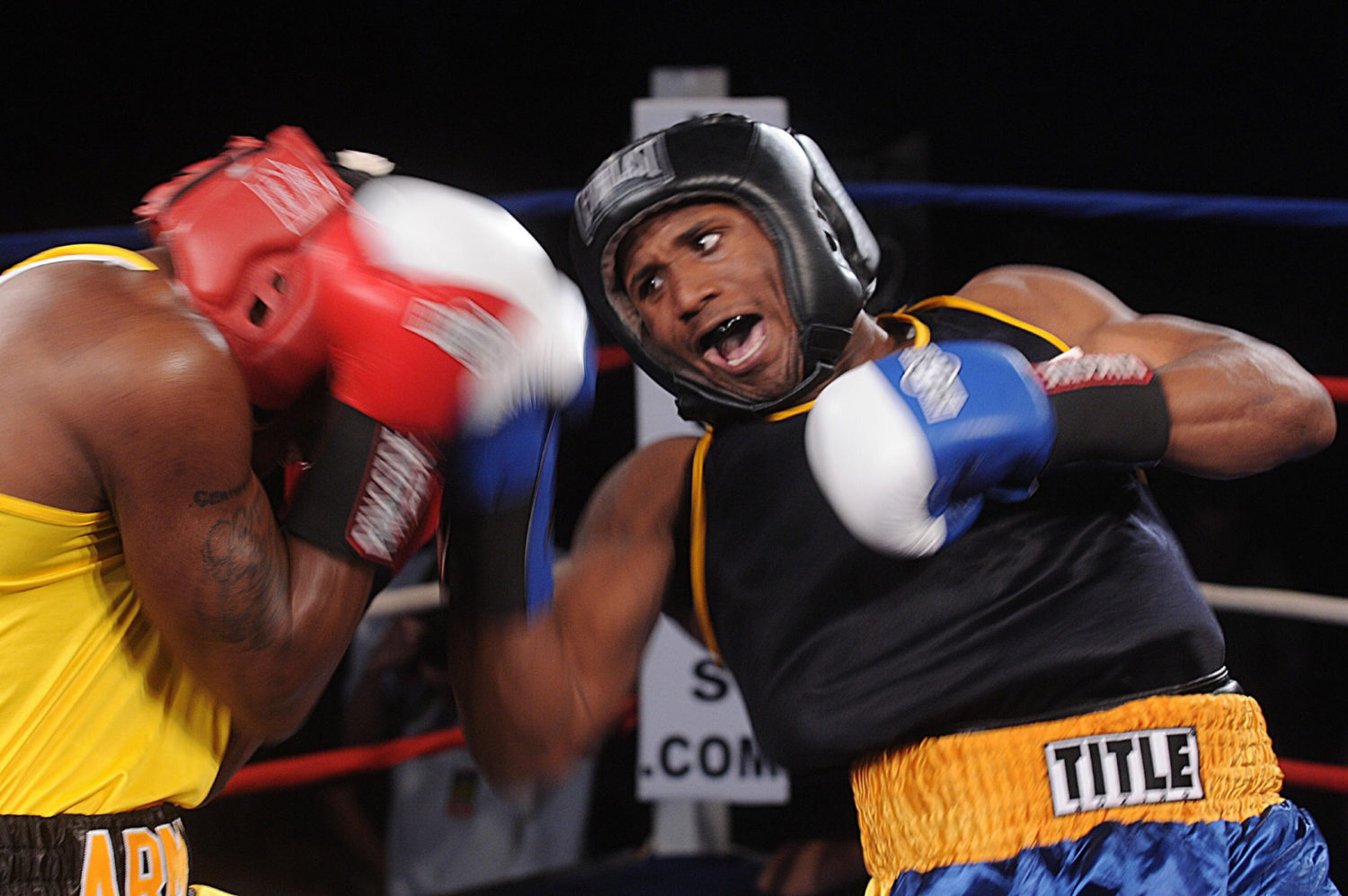 The Legs Feed the Wolf

Maximum punching force and speed starts with the recruitment of muscles in the legs.  When comparing pro vs amateur fighters, the hardest hitting athletes used their legs more than less powerful strikers.  This shows us that increased ground reaction forces can help improve punching power, so developing strength and power in the lower body is essential.

"Following basic linear periodization (5), development of a maximal strength base is necessary during the general preparation phase. For the development of punching force, it would be appropriate to use axial and longitudinal exercises, for example, the squat for the development of vertical GRF and heavy sled pulls to develop horizontal GRF. Once a maximal strength base has been developed, it is then appropriate to focus on a conversion to power during the specific preparation phase. Weightlifting movements (clean, snatch jerk, etc.) could be used to develop axial power and medicine ball or shot throws to develop longitudinal power. It is important to ensure that when training for strength and power, appropriate rep ranges, loads, and rest periods are used. Possibly most important for combat sport athletes with the goal of increasing maximal strength and power for GRF development is the need to rest 2–5 minutes between sets (4)." - Source:  Strength and Conditioning Journal 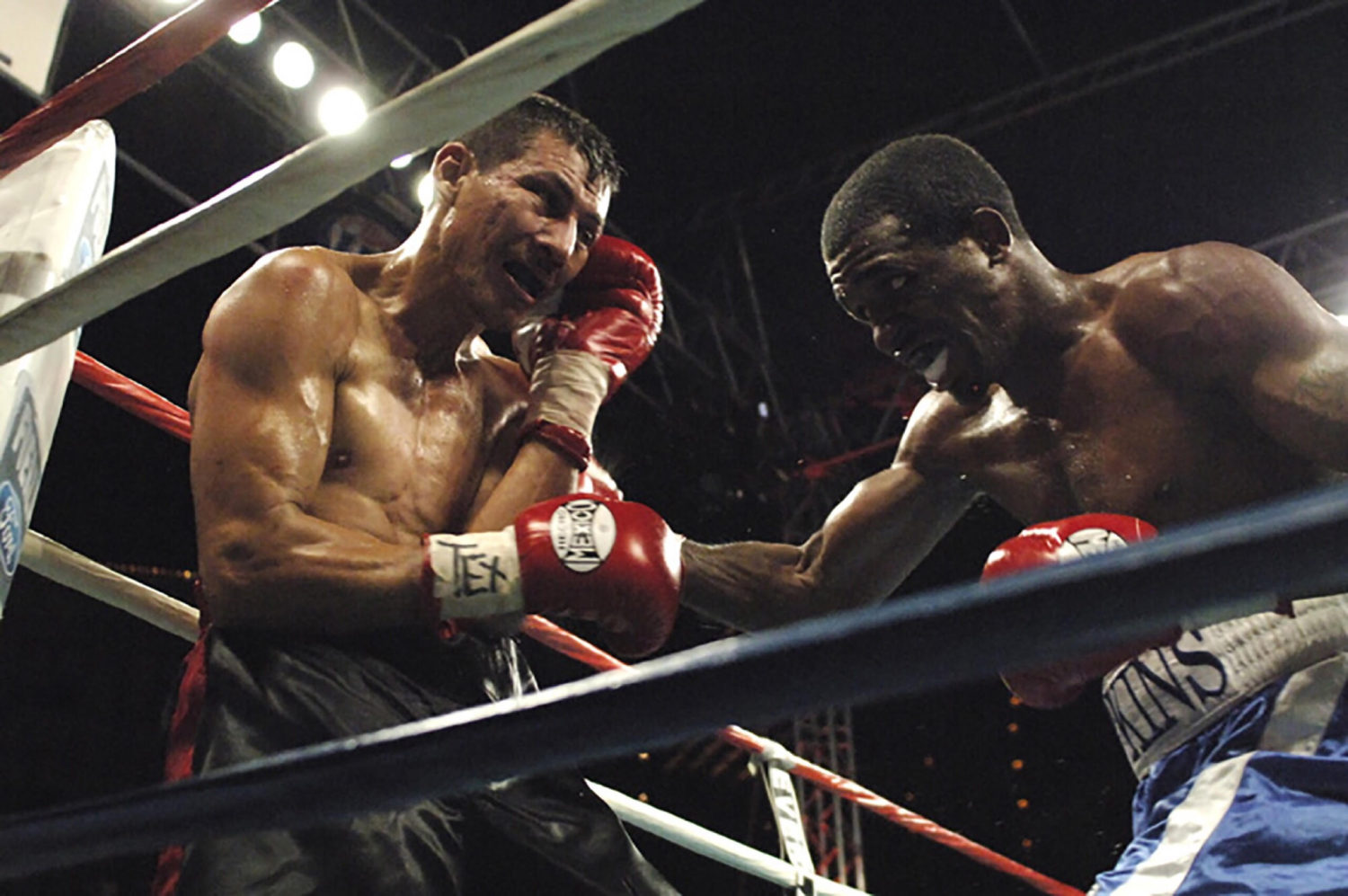 "Regarding core training for punching, it is the recommendation of the authors to focus on lumbar stability training in relation to the rotational forces in the punch. An emphasis on lumbar rotational stability, rather than movement, is indicated to allow for a transmission of GRF through the lower body and into the upper body before making contact with an opponent (13,18). A stretch-shortening cycle (SSC) has been observed during punching (29) and other similar movements (30). By stiffening the lumbar spine through stabilization movements like those suggested, an improvement in trunk SSC could occur similarly to that seen in joint stiffness after resistance and plyometric training (19). Additionally, if mobility is overemphasized rather than stability, then the potential of injury is also increased because of movement in the lumbar spine (17,20), along with a potential reduction in punching forces. Differing from the lower-body progression of exercises, it is recommended that core exercise progresses in difficulty to stabilize rather than a maximal strength to power paradigm. Moving from floor-based movements like the prone quadruped to kneeling exercises like the split stance cable row and finally standing exercises like the Pallof press. As the purpose of these exercises is to stabilize throughout the entirety of a bout, training stimulus should be focused on developing endurance to improve the fatigue resistance of musculature and enable it to resist the potentially high forces produced by the lower body." - Source:  Strength and Conditioning Journal

Rotational exercises should be avoided if the goal is injury prevention and improved performance. When throwing a punch the athlete is trying to generate proximal stiffness in the lumbar spine in order to transfer elastic energy to the distal limbs. Unlike the common held belief that rotational med ball throws simulate proximal stiffness, med ball rotational throws are a maximal strength to power paradigm and  do not lead to proximal stiffness. The research demonstrates during med ball rotation and exercises there is an unsafe level of  lumbar spinal flexion, extension, lateral bending and both left and right twisting of the lumbar spine.

Damage to the lumbar spine can lead to a reduction in punching forces. The authors went on to say "A discussion of injury potential is appropriate given the level of muscle activation and repeated twisting of the spine" Similarly other researchers have also suggested rotational exercises should be avoided, Santana et al. reported "Creating rotational power in the torso section of the core is problematic for enhancing performance while improving injury prevention"  - Chad Macias, IHK Athletes

Progress by moving from floor-based movements like the prone quadruped to kneeling exercises like the split stance cable row then to more advanced variations that incorporate  anti hyper-extension, anti lateral flexion and anti rotational exercises such as suitcase carries, Paloff press, lateral SB drags, birddogs, ab wheel roll outs, one-arm push-ups, and other stabilizing drills—these are designed to enhance performance of the serape with minimal risk.

Its an exciting time for coaches and athletes.  Researchers and practitioners are opening lines of communication and making huge strides when it comes to athletic performance.  Used correctly, we can streamline our training methods and help athletes improve faster than ever before.