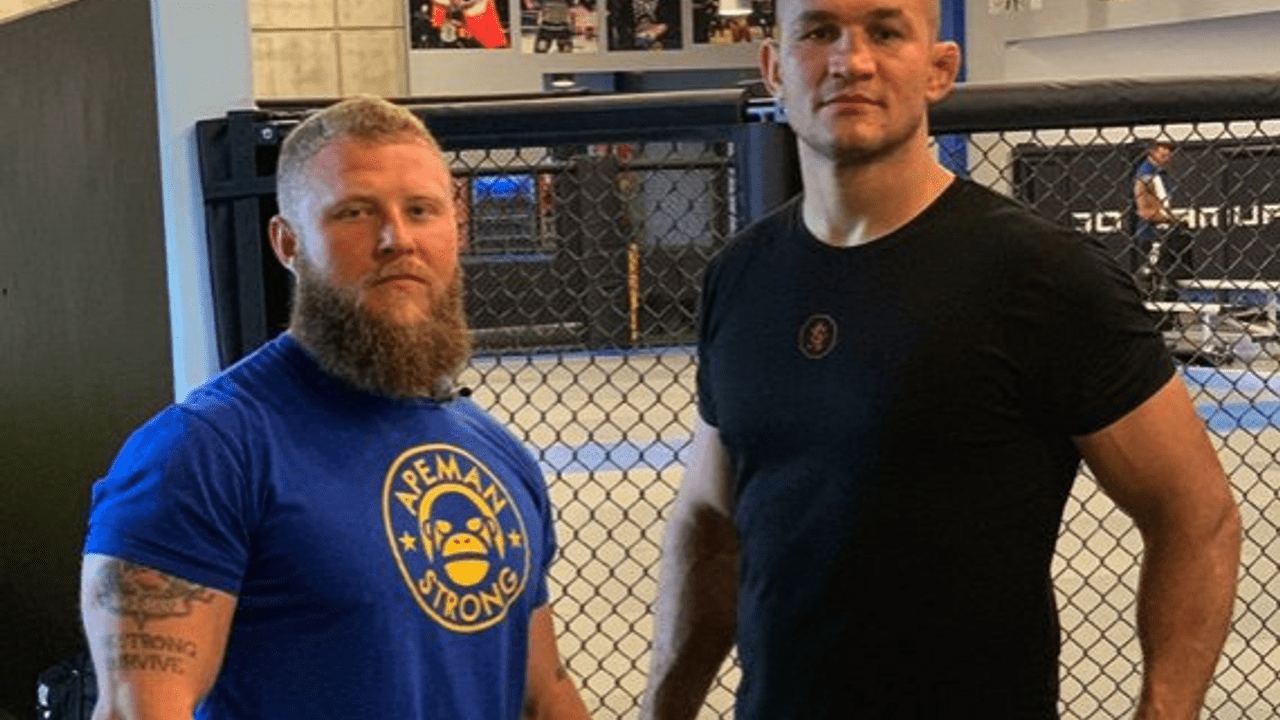 Phil Daru back again with another video with Junior dos Santos. He is out of camp right now, getting ready to start camping about three weeks for his next fight against Francis Ngannou. We have about 13 weeks. So we're going to be doing a Triphasic training model, where he's going to be working on Eccentric loading for the next two weeks. Then going into those isometrics. The reason why we're doing this is to build up joint integrity and also tissue remodeling. So we're getting hypertrophy with this. We're also getting overall work capacity. We're trying to increase his aerobic capacity. We're trying to increase his muscular endurance so that once he gets into cancer, we can utilize that endurance and that base of strength to increase more force production and overall velocities to get him powerful, to go ahead and knock out Francis when the time comes. 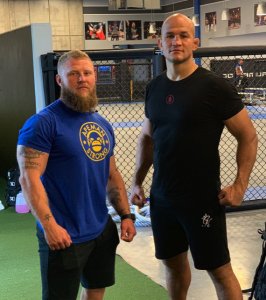 What are you going to do today is we're going to work on what's called triphasic. So you're going to start on your East centuries. So we're going to work on joint remodeling, tissue strength, making sure that your joints are ready to do camp. So we're getting everything nice and strong, get everything stable. I'm also increasing coordination in the list so that when we start camp, you can just work on Concentrix being explosive, being strong. Like you always are there. Now. All I want you to do is you're going to raise the heel and then drive the heel down. Let's get 20 reps.

Stick the butt back, come down to the shins and then back up for five. Keep the back straight and tight. Chest up. Neutral spine. Keep it close to your body.

I want to under hooks because I want to work the upper backs. We got to get over back strong. Alright so under hooks, good. Upper back. Let's keep walking and pulled the hamstrings. Get your hands apart.

Breathing through the diaphragm. We're going to go six seconds. Breathe in through the nose. Blow it out eight seconds. Hold it for a second if you can and blow out swell all the way up. Blow out all the carbon dioxide. I do this for a good six minutes. So as you can see, we just finished the Workout for MMA . Now he's going into a diaphragmatic breathing to help jump start the recovery process to get into that parasympathetic state. Having closed his eyes, he's going to breathe in through his nose about six seconds in hold for a second, then blow it out for eight seconds, throwing all that carbon dioxide out so that he can get recovery closer now, right after the workout, after the Workout for MMA . So he can recover to get the next session done.

So as you can see, Junior is done. He's in his off camp season in his off camp phase. So we're working on overall general, physical preparedness work capacity, building up tissue strength, also building a little bit of hypertrophy. And then we'll also make sure that we're grooving that pattern when we're talking about the exercise selection. So we're working through a squat or a hinge and a lunge. We're also working through pressing movements so that he can be more efficient when the time comes inside of camp to produce more overall force and velocities in the exercises itself. So if you have any questions again, you know what to do hit the comments down below. If you like these types of videos, let me know. Also subscribe to my YouTube channel. I'll be putting out three to four videos a week and also hit the notification. So you know, when my videos come out, thanks again for watching. See you next time. 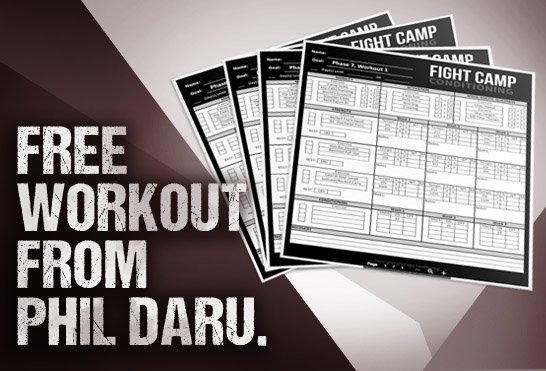