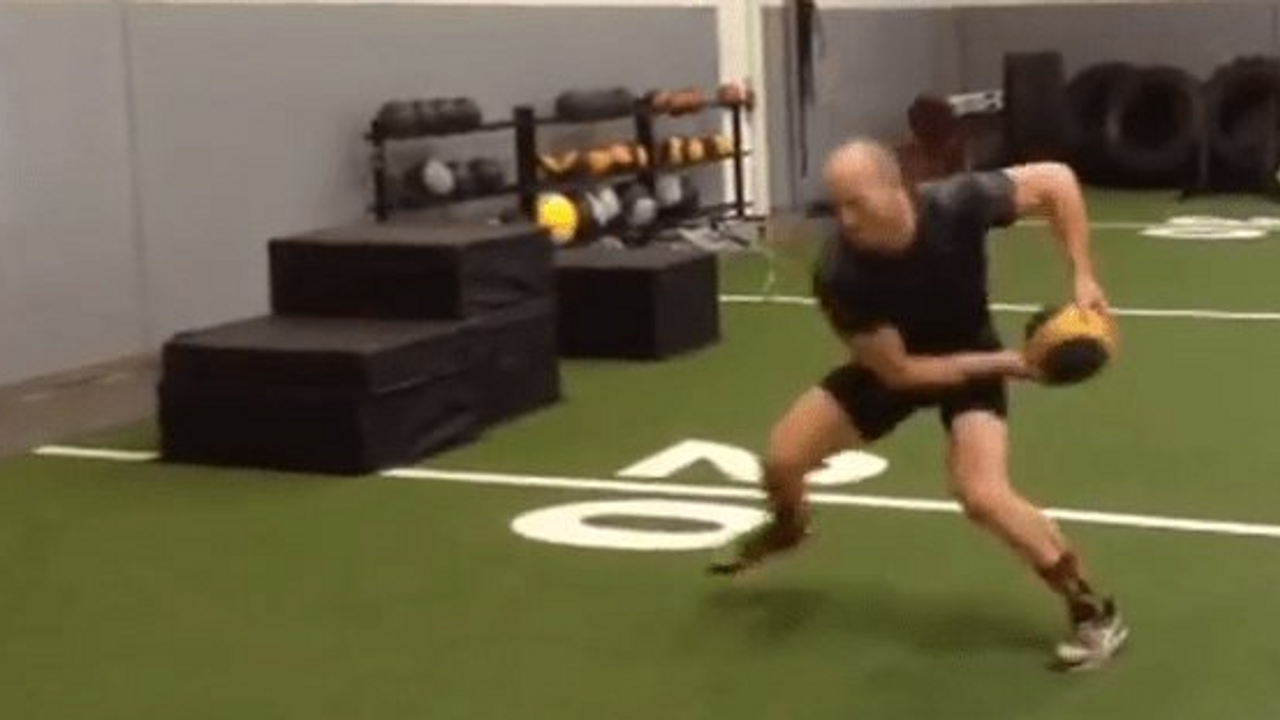 6 Ways to Improve Explosiveness for MMA

MMA is an explosive sport. From flying knees, to power takedowns, to knockout punches, explosive power can be a huge advantage to fighters inside the cage. But what is the best way to develop power that transfers into fight performance? Below are the top 6 techniques I use to develop sport specific power for fighters.

One of the most commonly overlooked types of training and one that has a ton of carryover to sport performance AND injury prevention. Deceleration, or force reduction, training involves "teaching" the body how to control and dampen forces such as momentum or gravity. It doesn't matter how explosive we can make an athlete; how high they can jump or how fast they can run, if they lack the ability to decelerate that force they will never use their full power potential.

It is important to focus on proper body alignment and landing/stopping mechanics during deceleration training to save the connective tissue of the joints from impact and teach the body to recruit the proper muscles to do the work. Deceleration work should be done in a wide variety of movements, from different stances, and through all planes of motion. Exercises should progress from simple, bi-lateral, low amplitude to more advanced uni-lateral, rotational, or higher amplitude positions.

Checkout a few of my favorite beginner and advanced deceleration drills in the videos below:

Performing jumping drills or Olympic lifts from static positions, either isometric holds or from blocks/seated/kneeling positions, are very beneficial for building starting strength. Counter movements are a great way to utilize the stretch shortening cycle (SSC) and maximize power output. However they are also an indicator of what you are about to do. Fighters must be able to rapidly produce force without loading into a counter movement and sometimes exploding from a static position (think fighting for takedowns against the cage). You can use any types of jumping, sprinting, or medicine ball drills from static positions making sure you don't use a backward counter movement before exploding out. You can also use variations of the Olympic lifts pulling from blocks or from a dead hang to reduce the SSC and take away the elasticity of the movement.

This one seems so simple but is still lost on many athletes when they don't focus on it during training.

Using bar speed as an indicator of power can be a very effective training tool just by focusing on maximizing bar speed during the concentric (upward) phase of lifts. I regularly cue my athletes to accelerate the bar out of the bottom position, making sure they never settle for just getting the weight up. The speed of the movement is just as, if not more, important than the reps and weight used. Studies have shown that having an athlete just think about moving the bar faster will recruit more muscle fibers, even if the speed didn't actually increase. Try using tempos with slower controlled eccentric (lowering) phases and focus on accelerating the bar or weight as fast as possible out of the bottom position.

Plyometrics are a great way to work on the elasticity of muscles and their ability to utilize the stretch shortening cycle efficiently. The term reactive refers to the body reacting to outside forces and redirecting that force, not to the athlete reacting to an external stimulus. The focus of reactive plyometrics is always speed. Minimizing ground contact time or the time it takes to express force is key.

We typically use very light implements like medicine balls or bodyweight and we are looking for rapid deceleration of force and fast reacceleration of that force in a different direction. The reps are typically very low (3-5) since high quality movement and speed are critical. It is also important that the athlete has gone through proper deceleration training in order to safely and effectively transfer force. Below are some combinations and variations of rapid response type plyometric exercises performed by UFC fighters Pat Cummins and Kailin Curran during their last training camp:

Overspeed or assisted training is a more advanced training principle typically used with more advanced athletes. This type of training involves unloading or assisting with the movement to increase the speed of movement. An example would be band assisted jumps or overspeed running. Overspeed training should only be done with a Sports Performance Coach because the line between improvement and injury can be very thin. But when used properly it can be very beneficial for rate of force development.

This advanced training strategy uses post activation potentiation (PAP) which basically means that when doing a maximum intensity lift, the body recruits high levels of muscle fibers and motor units and stimulates high levels of central nervous system activity. Immediately following the heavy lift those motor units are still available for maximum effort explosive movements. In layman’s terms it says that if you do a really heavy lift followed by a light explosive movement, your body will be stimulated to be more explosive through that second exercise.

Contrast sets are typically done with very similar movement patterns, using one heavy loaded exercise, immediately followed by a very light loaded or even deloaded (overspeed) movement. The more similar the movement patterns are the more crossover the potentiation will have. You want to focus on the explosive exercise being extremely fast and keep the reps of both low (3-5).

Here are a few commonly paired exercises and explosive movements:

These are 6 excellent strategies for improving your explosiveness on the mats and in the cage. It is important to remember that these exercises are designed to build explosive power and therefore should be programmed accordingly. The biggest mistake I see people making is that they are either programming too many reps, or not enough rest. The movement quality and velocity must remain extremely high to achieve the desired adaptation. If you are doing 10-20 reps, or performing these exercises for long durations of time in circuit fashion, then you are only training conditioning and not power. I keep everything within the 3-6 rep range and typically allow 45s-3 minutes (about 1:5 Work to rest ratio) for recovery depending on the demand of the activity. Try to work each of these into different phases of your program and watch your power go through the roof!

PJ Nestler is the athletic coordinator at Velocity Sports in Irvine, CA and works with some of the best jiu jitsu  and mma athletes in the world. 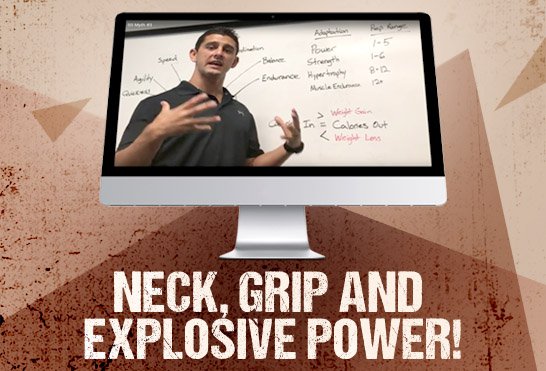