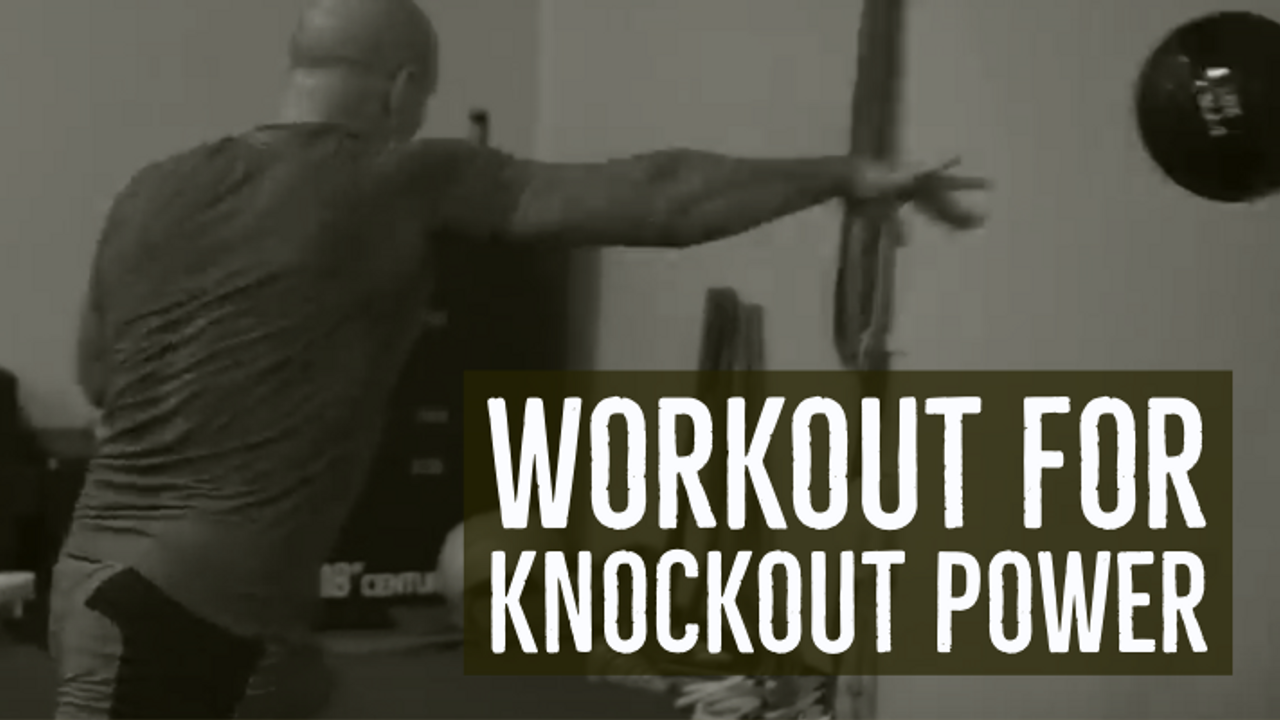 Today we're working with UFC fighter, Junior dos Santos. He's about five weeks out from UFC down in Australia and our focus today is maximum strength. We're trying to induce the most amount of force production (aka knockout power) that we can. So we'll be working with the four press for our main list. Then we're going to be working on accessories and some supplemental work to work on the posterior chain or bleak sling console auto stability, making it happen so that he can knock this dude out.

Why triceps are important when pressing... 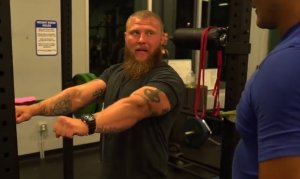 So as we're pressing, it needs to be a straight line.  If you're arching back, you're putting into the Delt too much. We got to work on that. I want you to work more on the triceps. I rather you have stronger triceps because that's going to be at the end of the punch. You're not rolling forward too much. So I want you to have this. You're not punching from your pecks either. The peck, you can only do this to can track your pack truly, you're not doing none of that shit inside of the fight. You're throwing the jab through here. So I want the triceps to have this more power there.

Why Does Coach Daru use the floor press with his fighters? 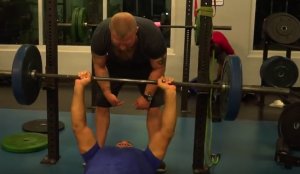 So right now, upper body maximal strength, he's working through a floor press. This primarily is a better lift for the fighters that I choose. I use about four different compound lifts. This is one of them. Twist the body in the right position. It's a lot safer for the athlete and also he's creating the ability to strain underweight. And that's what's really going to help with that maximum strength. So we're going to give him a little bit of a break. Let them recover his ATP and we'll start again. He's doing a max single right here for absolute strength.

So a lot of the times with maximum effort, we'll see breakdown in muscle. So from there I'll get to go ahead and correlate the accessory work after receive the breakdown from a maximal effort. The good thing is we got what we wanted from an adaptation standpoint and I got to identify a weak point that we can hit on in the accessory work. 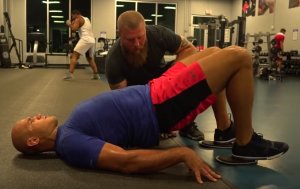 So now we're getting into accessory work. Trying to work on a posterior chain. We're going on the hamstrings, working on the upper back. Things that I see that we need to work on from a structural standpoint. Want to mitigate any type of injury or at least reduce the risk of injuries. And then also to maximize our potential to be strong in all muscles.

Now basically what we're doing, is we're super setting goals so we can maximize our time efficiency, but also so he's not sitting around idle. Obviously Junior is a ball of energy. So I got to make sure that I maintain that energy. The reason why we're doing this anti rotation, I want you to be able to be strong and have stability. I want you to be able to maneuver whatever way you want that if you'll knock him out.