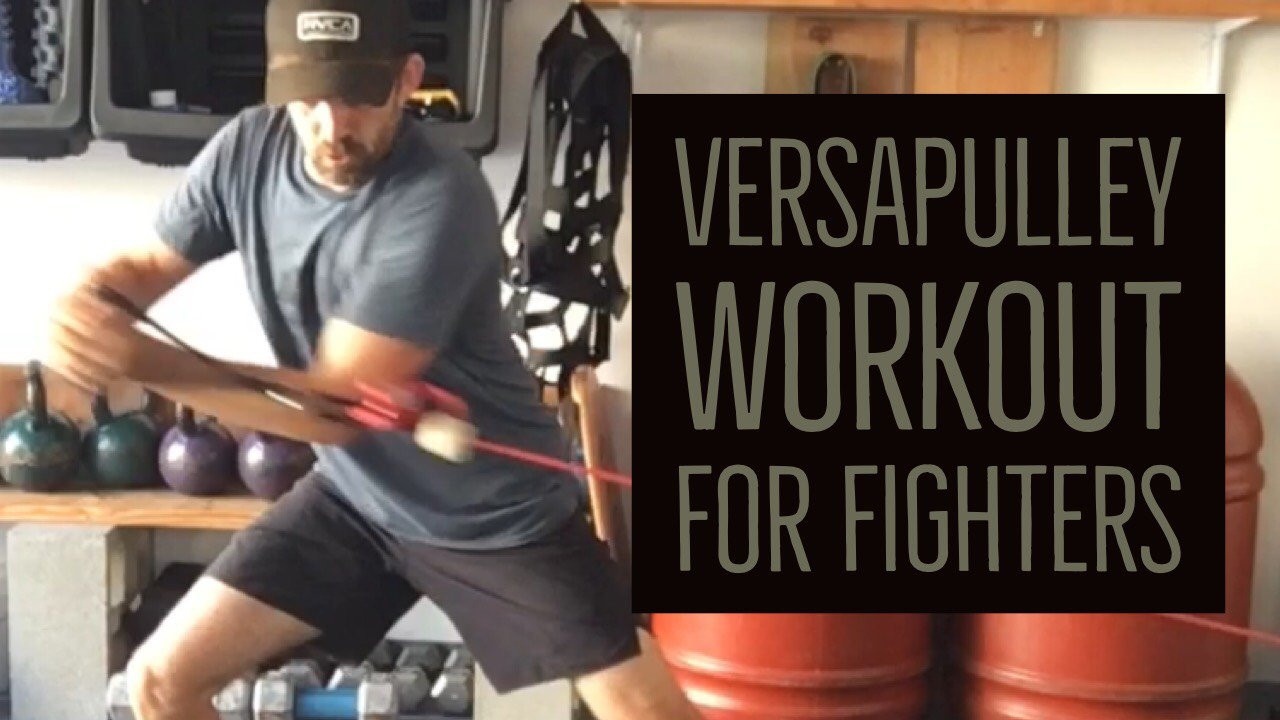 Workout for Fighters Using the Versapulley

I am always looking for new ways to keep my fighters healthy and improve their athletic performance.  Several years back, we were introduced to the Versapulley and instantly saw value.  It is unlike any other machine we have used and it fills a gap left by traditional weight training.  I see my fighters twice per week and we typically lift heavy one day and then do more dynamic work on the next.  Below is one example of a dynamic workout for fighters, using the Versapulley.

*Explosive is the goal for this sample workout... the digital read out makes it easy to monitor the output of each rep.

Note:  By adjusting the load, reps, sets, rest and other variables, we can customize each workout to fit the specific goals.  This allows you to adjust your workouts and improve the full spectrum of the force velocity curve.  For example, we may 'load up' the flywheel and build strength, when we are out of camp...but will slowly reduce the load (increasing power/speed) as we get closer to competition.  Learn more about developing an mma workout schedule here.

Learn More About the VersaPulley 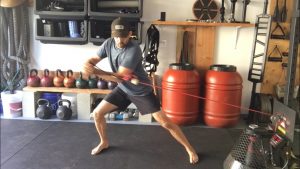 The goal of every training program is to decrease injury potential and improve performance.  Additionally, rehabilitation and reconditioning programs strive to return the athlete to play in the quickest and safest manner possible, all the while reducing the likelihood of that athlete becoming re-injured.

All of the highly-regarded practitioners in training, rehab, and reconditioning will agree that while it’s important to train concentrically for strength, power, speed, and explosiveness, they will also tell you that a large emphasis must be placed upon the breaking or deceleration of this newly acquired strength, power, speed, and explosiveness – this is where training eccentrically comes into play.

In most team sports, players are required to repeatedly perform short, explosive, efforts such as accelerations and decelerations during change of direction (1).

Additionally, since strain injuries occur when muscle and tendon fibers cannot maintain the tension placed upon them and are disrupted (3), a program lacking a significant emphasis on eccentric training exposes the athletes to a greater injury risk. 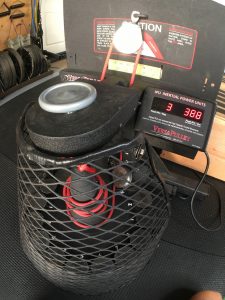 What are the benefits to strength, power, hypertrophy, and injury prevention when adding eccentric overload training?  By adding something into our programs that we haven’t been doing, a significant increase in performance gains are seen. However that can be said about any strength-related stimulus.  But what is the benefit of introducing eccentric training into your training program, and does that benefit far outweigh the cost of not doing so? – Lets see what the science says…

The higher forces generated and through eccentric training, have shown it to be a superior method in developing both strength and hypertrophy (3).  Because it’s more effective than concentric training at increasing total and eccentric strength (3),  it should be used to enhance the effects of the typical training seen within most weight rooms around the world.  Studies have shown that eccentric overload training is superior to eccentric under-load in its ability to stimulate increases in strength4, but even more significant was the speed in which training adaptations took place.  When compared to traditional concentric/eccentric training, eccentric overload was the only training regimen to increase lower-body lean muscle mass and show improvement in bone mineral density after only 8-weeks of similar training (4). 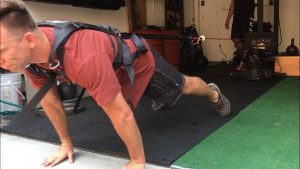 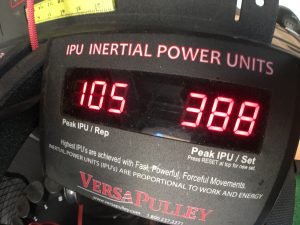 From a power development and application of force vantage point, higher muscle forces can be produced during eccentric contractions compared with concentric(3).  And while all types of training can improve power in multiple planes of movement, the specificity of training adaptation principle mainly prevails (9).  One particular study examined this specificity by programming exercises in both the vertical and horizontal plane.  The results are likely what you would expect. Those who trained vertically improved in all planes, but made the most gains vertically (vertical jump), and those who trained multi-directionally also improved across the board, but gained the most multi-directionally (acceleration and change of direction (9).  Research from 2016 indicated that those who train using eccentric overload were able to produce a significantly greater breaking and propulsive contact time (10). This suggests that eccentric overload could be a fundamentally important mechanism underpinning change of direction ability (16).

As with velocity based training, adaptations gained via eccentric training are highly specific to the velocity and type of contraction (3).  This means that along with the programming, the method and device used are both critical to the outcome. 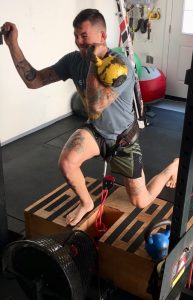 As an alternative to the traditional and ballistic training methods currently employed, are flywheel inertial devices.  Their increasing benefits and contribution to training are continually being substantiated in scientific research (7,15,17-25), and are being incorporated into regular training programs. The benefits of this device include eliciting a greater overall amount of muscle activity than traditional overload exercises (15), and the ability to freely move in the multiple planes for a “specific” training stimulus (26-28).  Additionally, the stimulus provided by employing flywheel devices may provide a more potent hypertrophic exercise stimulus than gravity-dependent weights (15).

While any flywheel device will allow anyone to train at any point (eccentrically and concentrically) along the force/velocity curve, most allow for only vertical movement.  Developing eccentric strength in multiple planes and at multiple loads allows for grater performance and injury prevention gains.

One of the more known and perceived negative aspects of eccentric training is the acute performance decrement it can create if programmed incorrectly.  Unaccustomed eccentric contractions produce transient muscle damage, soreness and force impairments (3).  However, when duration, frequency and intensity of the eccentric training sessions are progressively increased, muscle damage can be minimized and even avoided, thus making eccentric muscle work a promising training strategy, not only to improve athletes’ performances, but also to help maintain or restore the exercise capacity (29-31).  This protective benefit resulting from eccentric training is termed the repeated bout effect.  This effect has been studied extensively in the research (32-40), and observed for years in the weight room.