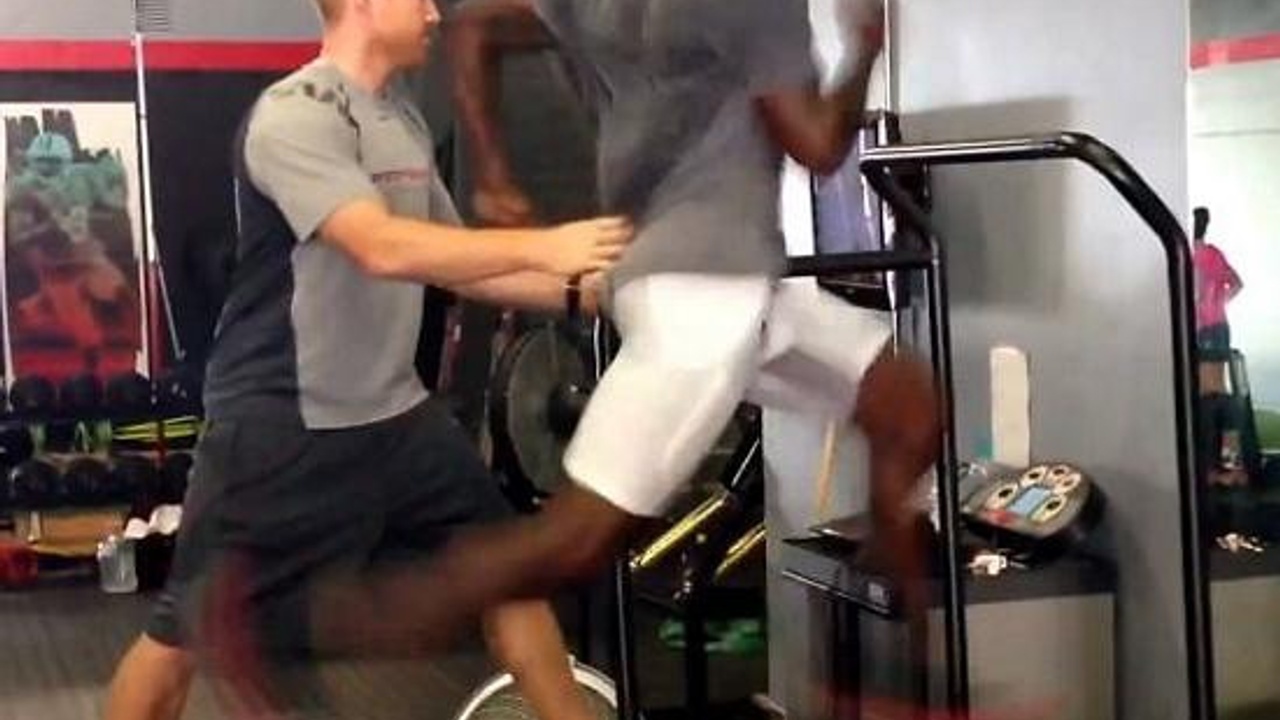 There is a saying,

“The usefulness of a cup is in it’s emptiness”.

The bare simplicity of that statement is rather compelling. Like a barbell. It’s a relatively simple tool that can produce massive results in human conditioning. Rather than having countless tools with singular purpose, it’s refreshing to have a durable one with many purposes. Such is the Ultimate Aerobic Protocol. It’s a bit equipment heavy and therefore violates the rule of simplicity, but the application, measurement and variability are so elegant, you can’t help but smile. 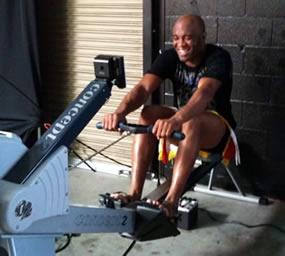 Back in the 1980’s I had the opportunity to work at the Sports and Fitness Clinic in Fort Lauderdale, Florida. The facility was under the direction of Exercise Physiologist, Mark Jones. He was from upstate, New York and brought with him a protocol used in cardiovascular rehabilitation. It was being applied to athletes of all sorts with VERY good results. At that time the triathlon craze was coming into vogue, 10k runs were every weekend, the Yankees had spring training camp nearby and we had a Lifeguard Ocean Rowing team training off the nearby beach. Amateur, Senior and Professional athletes in our facility made for fertile ground and and lots of subjects.

The protocol was simple and it went like this:

To say the results were spectacular is a huge understatement.

What was the secret?

What was another secret?

The simple yet sophisticated nature of this system allowed a high level triathlete to train next to a stroke victim that literally had to be lifted from machine to machine. It allowed clients to step in from 90+ degree heat and humidity of summer in South Florida and still get an amazing aerobic workout without pounding the pavement, biking in traffic or swimming in the ocean. It minimized trauma to muscles, connective tissue and bones. It allowed those with obesity or other health issues to do more than, “just walk”. 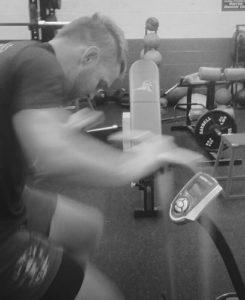 1. A step up station with a metronome. There were two step heights. One for the fitter clients and the other for the detrained. The metronome cued the pace. This station required minimal instruction. Because body weight is being lifted with one leg, this favored those of smaller body size and was tougher on clients who had obesity issues.

2. An arm ergometer was next. This is not the most common piece of equipment, but I consider it highly valuable. Essentially a bicycle for the upper body. Our model was placed on a sturdy table and performed standing. I’ve seen others with seats to eliminate lower body help.

3. Bike Ergometer. This was a stationary bike with a very big flywheel, so it was smooth and measurement was accurate.

4. Rowing Machine. At this era in history, we had a Tunturi rower that we later upgraded. There was an amazing lack of upperbody conditioning in the detrained that became apparent with this device.

5. Treadmill. The learning curve here was fairly quick as trainees who were unconditioned started with slow walking. Advanced athletes could run. The option to use an incline was available as well.

6. Schwinn Airdyne. The last station was seated and used four limbs. In fact use of more four limbed devices like a Cross Country Skier are encouraged.

All clients measure their own heart rates using a carotid or radial pulse and a large analog clock on the wall. Movement between machines and adjustments were facilitated by an instructor.

Essentially no resting was allowed. Pulse measurements were given to the instructor who recorded them on training cards. When two consecutive workouts were recorded with a lower heart rate, a slight adjustment on the six stations was introduced. While the individual’s training range was calculated during fitness testing, some advanced athletes used perceived exertion as their initial guideline.

In retrospect I can view this system as nearly seamless. It is NOT competing in your sport and therefore NOT a substitute for sport specific training. If you are an MMA athlete, you will still need to strike and grapple. If you are a rock climber you will still need to climb. What it does however is present a very adaptable model for increasing cardiovascular fitness while minimizing trauma. Realize there is only so much pounding you can tolerate in training for contact sports. Supplemental training should prevent injuries and not cause them.

I’d highly, highly, recommend NOT using devices like tire flipping, battling ropes, sledgehammers, wall ball, sprints, sleds or gymnastics for this circuit if your sport has ample trauma like MMA, boxing, football or rugby. Not only does it raise potential for injury but it is not designed to be measured with any degree of efficiency versus the devices I mentioned. You are using dynamite when a scalpel is needed.

Some suggestions for the combat athlete trying to apply this program:

So that’s it. Simple machines, simple protocol and fantastic results. Adding resistance is based on the adaptation of your heart rate. The numbers will tell you when and where to go. 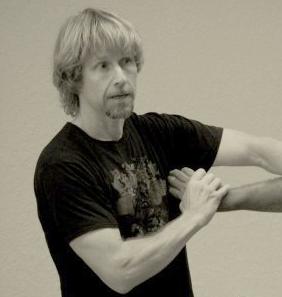 Tom Furman has been involved in martial arts and conditioning since 1972. With an early background in wrestling and a student of the methods of the York Barbell Club, Tom immediately separated fact from fiction growing up outside Pittsburgh. Eleven members of his family were combat veterans, the most famous one being “Uncle Charlie” (Charles Bronson)

His down to earth training methods are derived from his decades long practice of martial arts and his study of exercise science. The application of force, improvement of movement and durability rank high on his list of priorities when training. He gives credit to hundreds of hours of seminars, training sessions, and ‘backyard’ workouts, including training time with many martial arts legends. He also credits his incredibly gifted training partners who came from varied backgrounds such as Exercise Physiologists, Airborne Rangers, Bounty Hunters, Boxing Trainers and Coast Guard Rescue Divers.

Tom is the creator of the popular DVD “Concrete Conflict & Conditioning” which integrates strength, movement, and physical combat. He also created another DVD called “Activate Your Dynamic Range of Motion” which introduces Tom’s excellent program of flexibility.

Tom was one of the first American trainers to become RKC certified for Kettlebell Training in the US, and is quoted twice in "The Naked Warrior" by Pavel Tsatsouline, the founder of RKC.