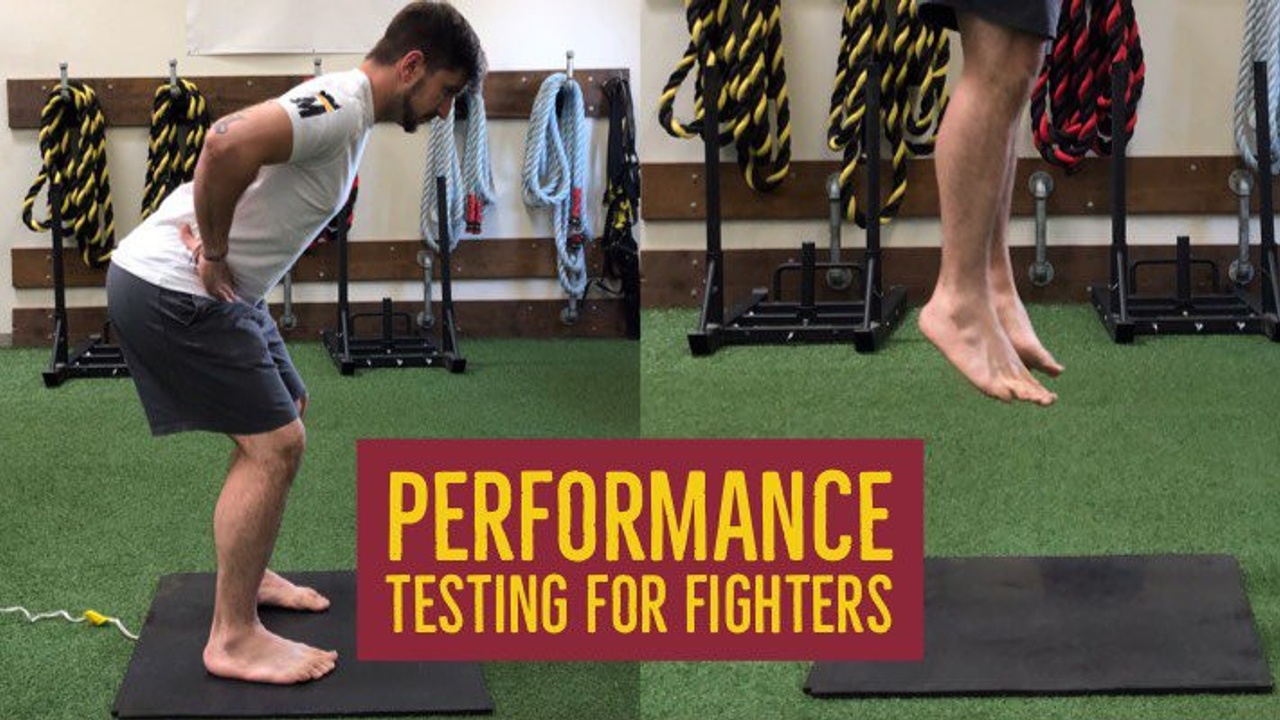 If you’re not testing…you’re guessing.

Testing should be a cornerstone of any sound training program. Testing can be done to evaluate a new fighter or re-assess a fighter returning at the start of camp. What and when you test is determined by the coach but there should always be a purpose behind the test. Testing for the sake of testing is often times a waste of time if it is not used to better build a program to make a fighter better. There should be clear goals for each test you do and result in valuable information that can be related back to some aspect of performance for the fighter.

At the Performance Ranch, we focus on an athlete centered approach and try to give our athletes the edge in all aspect of performance ranging for strength training, recovery, nutrition, mindfulness. We take a similar approach to our testing protocols for the strength and conditioning of our fighters. While the 1RM a fighter can press or squat is important, we take a more holistic approach incorporating other aspects such as body composition as well as movement, elastic, and cardiovascular qualities of our fighters as well.

The following are some of the testing protocols we use for our fighters that come through the door at the Performance Ranch: 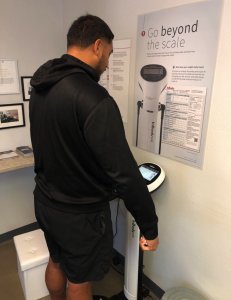 We use the In-Body Scan to establish body composition when assessing an athlete especially during fight camp. The In-Body uses bioelectrical impedance to scan the body and reports on lean muscle mass, body fat, water levels, basal metabolic rates and asymmetries in the body. Having accurate body composition date helps the fighters have a basic understanding of where they currently are physically in regards to body fat percentage and lean muscle mass. By having this data, you can give your athlete a starting point for their weight cut and help monitor weigh decent through camp. This information can also be passed off to a nutritionist and other support staff to help established a fuel plan for a fight and weight cut. 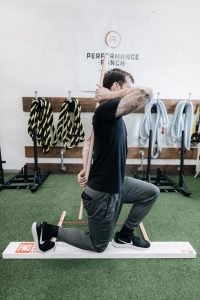 The FMS is the standard in assessing movement quality of any athlete. The FMS give the coaches the ability to assess how well an athlete moves through different patterns and start to determine if there are weak links within the body. These weak links identified could be a structural or neuromuscular issue. The FMS does not diagnose any conditions but it does identify patterns and gives the coach a starting point when working with a new athlete. Understanding basic human movement as well as the demands of the particular combat sport will help a coach better identify weak links and understand why some compensations in movement exists. 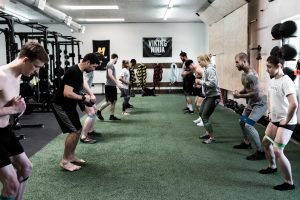 Often times a fighter will show up to train with a group and an FMS can not be completed during that time so the dynamic warm up serves as a great tool to assess movement quality. A dynamic warm up should include basic movements like squatting and hinging and overall body control while should taking place in different planes of motions. After watching an athlete warm up, a coach will have a good idea about the movement quality they possess. The warm up should serves as a daily assessment tool for established athletes movement quality before a workout fighter strength training. If an established athlete or group of athletes are having a difficult time with the warm up, due to fatigue or injuries, a change in workout may have to be made that day. 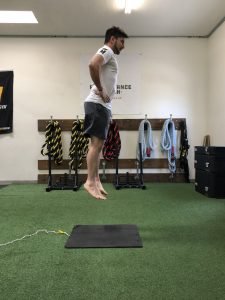 Testing different vertical jumps allows you to determine strength and power qualities of an athlete. At the Performance Ranch, we use the Jump Mat technology to measure height but you can also use a Vertec or wall to measure jump height. The two test we focus on are the non-counter movement (NCM) and counter movement (CM) jumps. We use these two jumps because they can illustrate the strength qualities of a fighter. The non-counter movement jump takes out the elastic qualities by pausing for 3 seconds before jumping. The counter movement jump displays elastic/power qualities by using the stretch shortening cycle to produce a more forceful jump. Observing both numbers will show you how efficient an athlete is at utilizing the stretch shortening cycle. Often times, an athlete with a higher CM jump is much more efficient in utilizing the stretch shortening cycle and is a more dynamic athlete. On the other hand, an athlete with similar NCM and CM jumps show that the athlete may not be efficient in utilizing the stretch shorting cycle and is more strength based. The goal is to move both the jump height up with training and increase the gab in-between the NCM and CM jump in the case that the two jumps have a similar height.

The non-counter movement jump is preformed when an athlete stays in loaded in a jump for 3 seconds to allow for the elastic energy to dissipate. After 3 seconds the athlete jumps as high as they can and land on the mat. They are given 2 attempts and the highest jump is recorded.

The counter-movement jump is performed the same way but without the 3 second pause. This time, the athlete loads up the jump and immediately jumps as high as possible and lands on the mat. They are given 2 attempts and the highest jump is recorded. 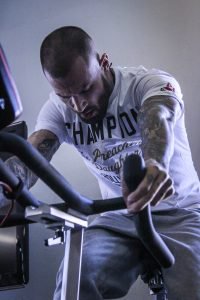 The anaerobic power test is done and the Watt Bike and is an all out sprint effort on the bike for 6 seconds. During the 6 second burst, max watt output and anaerobic power are measured. This test gives us a look at the anaerobic energy system of a fighter. This data is especially important because a large number of fights are typically won during quick anaerobic bursts. Getting a baseline for fighters will help improve anaerobic output overtime and set a benchmark for watt output when performing anaerobic conditioning in fighter strength training sessions.

The 3-minute test assess aerobic fitness by using the Watt Bike. The test is performing an all out but sustained pace for the whole 3 minutes. The test can establish both estimated max heart rate and VO2 max. By having this data, a coach can establish HR training zones for different glycolytic conditioning as well as monitor recovery through heart rate monitoring. Besides creating HR zones for conditioning, this test is great for teaching fighter strength training to maintain a pace at a high intensity for a longer duration. Being able to maintain a sustained high effort transfers to the ability to maintain a pace in a fight.

In conclusion, testing give both coaches and athletes an objective starting point for where they are physically and can help establish future training goals. These are some of the test we look to incorporate into our fighter strength training with our combat athletes. Generally, these tests are done with an athlete when they first start training with us or when a new camp starts. Many gyms and coaches have their own testing protocol based on the available resources. In most cases, it is not the equipment that make great testing system but rather the coach taking the information from a test and applying the information to get the best results for their athletes. 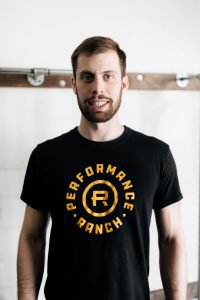 Craig Ansbach is a strength and conditioning coach at the Performance Ranch in Albuquerque, NM. Craig earned his bachelor’s degree in Kinesiology and his masters in Physical Education/Sports Administration. He is a Certified Strength and Conditioning Specialist (C.S.C.S) from the NSCA and is also a brown belt in Brazilian Jiu-Jitsu. Craig has coached combat athletes from all disciplines including BJJ black belt world champions and UFC athletes.