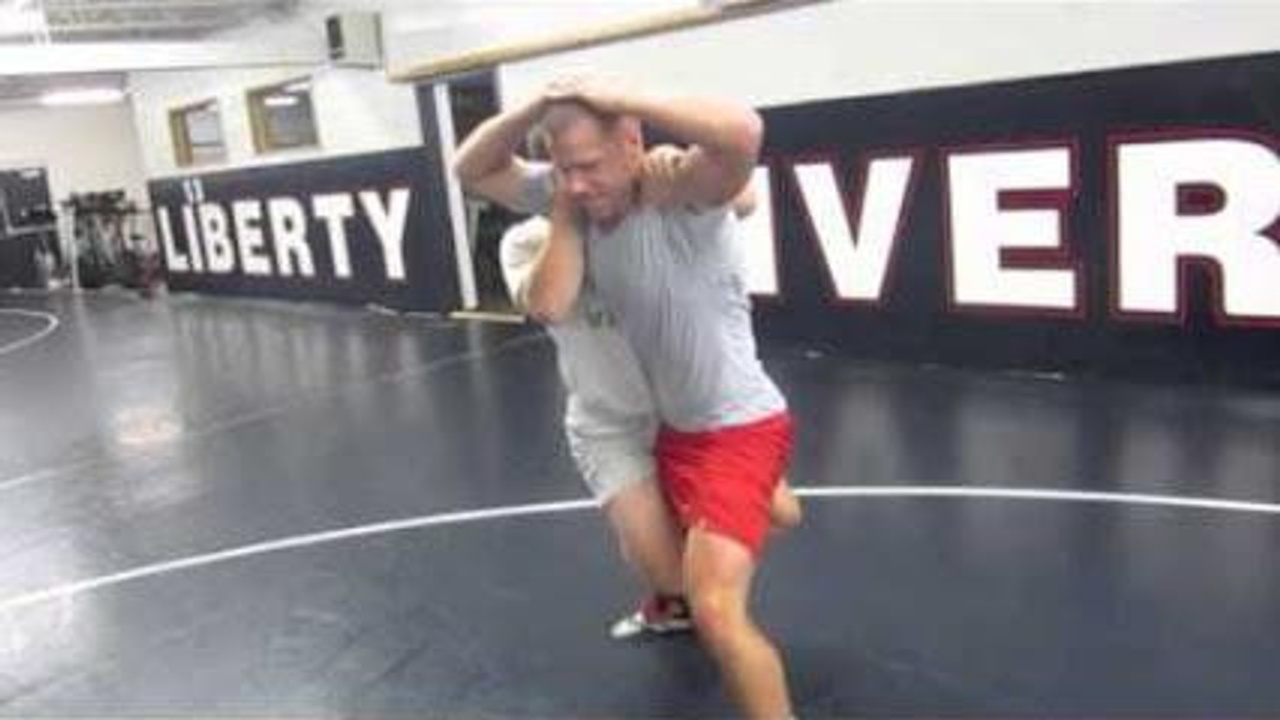 Some of our fans recently submitted their questions about strength, conditioning and how to best prepare for a fight or competition. 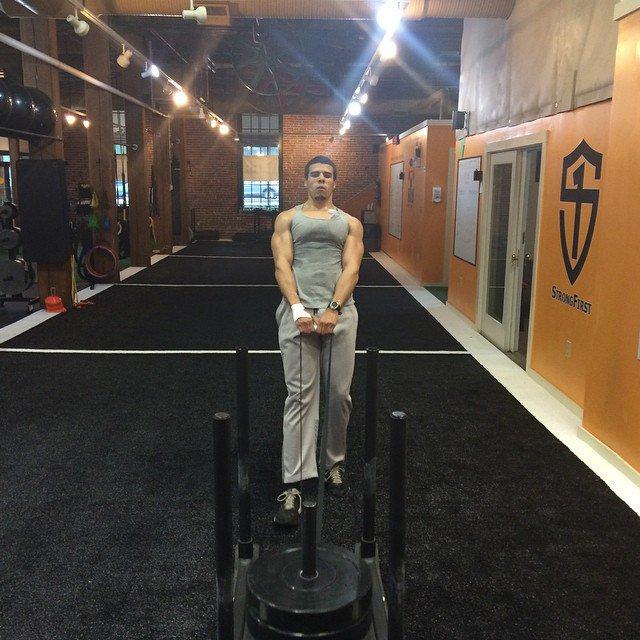 What are the best exercises to increase an athletes muscular endurance (an athlete already in shape) during sports performance?

"As far as muscular endurance goes, a sled push/drag for time works very well for the lower body. There in minimal eccentric load which is great for minimizing DOMS. The only downfall might be loading on the calf/achilles, be sure to start with light weight then progress slowly. For upper body, battling rope slams are great for localized endurance in the delts, biceps and upper back. Again, watch volume on this, they may be getting plenty of this doing mitt work."

"The phrase 'an athlete already in shape' is a huge grey area.  Until we can assess the athlete to determine their aerobic capacity, anaerobic threshold, watch them move and ask questions about their experiences on the mat/in the cage, it is difficult to say.  Grapplers may need to work on isometric strength, while a boxer needs to have the capability to move, slip and deliver hundreds of times in a fight.  These two examples are different and require slightly different approaches.  By assessing each athlete, talking with their coaches and watching them in practice, it is easier to find their weakness and address it.  The causes of fatigue (lack of endurance) could be low skill level, overtraining, lack of aerobic or anerobic conditioning, lack of strength, poor breathing, nerves, mindset, poor nutrition, lack of sleep, poor lifestyle habits and more.  Get in there, ask questions, assess and then we can prescribe the right approach.  Could be low intensity runs for one athlete, timed intervals for another, fight specific situations to increase skill or a variety of other options."

What are good work outs for slipping and improving striking defense?

"Slipping and striking defense work is best done during sparring. Remember sparring is not fighting. In sparring both guys win. In more holistic fighting venues [like Thai or MMA], a well seasoned trainer can illicit a reaction in a fighter through good coaching, good progression and instilling a bit of, 'fear of God' in his subject. This can keep the damage down but the training stays real." 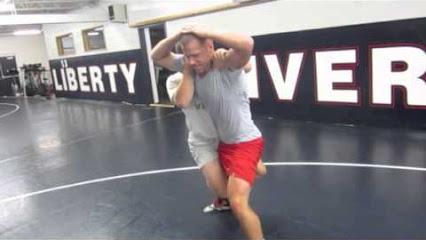 What are some good wrestling workouts that focuses on full body?

What are good exercises that help strengthen biceps for bjj?

"Chin-ups are my favorite exercise to strengthen the biceps for BJJ. They're a compound movement that works multiple muscle groups with an emphasis on the biceps and lats; two muscles used heavily to pull someone into your guard, break down an opponents posture, or finish a RNC with a tight squeeze. Gi grip pull-ups with a neutral grip simulate the pulling motions of jiu jitsu in a way that severely taxes the grip and hits the biceps simultaneously."

How many strength and conditioning work outs a full time fighter would need to do a week, on top of the sparring, rolling wresting classes we do?

"A full time fighter should base the number of strength and conditioning workouts he does per week on how close his next fight or tournament is. In order to prevent overtraining, a fighter who is training standup, jiu jitsu, wrestling, etc. shouldn't do more than three S&C sessions a week and cut this number down closer to fight week. As fight week approaches the focus shifts to skills and recovery with the fighter only doing one or no S&C sessions in the week before and week of the fight." 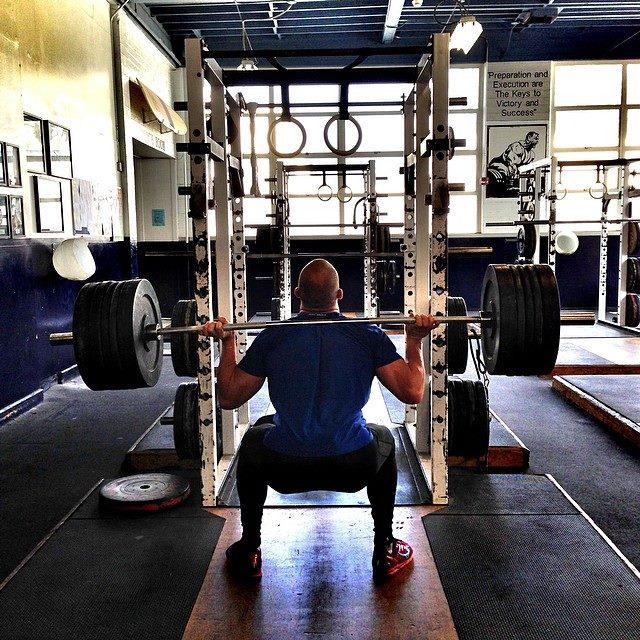 "I disagree a little with number of S&C sessions when coming closer to fight time. We do 2-3 during regular training and 2 coming into the fight. As the fight gets closer it's no longer a strength thing but more about speed and moving explosively. So it's much lighter in weight and reps and all that. But we do want to keep and maintain all the fighters just worked for and if you take that away to far out from a fight (14+ days or so) you start to atrophy and lose speed on a cellular and in turn, whole muscular level. The week of the fight there is no lifting just recovery and weight cuts."

"Even my pro hockey and football players only work on strength/power 3 times per week. This allows us to try, as best as possible, to hit as many areas as we can without getting into any physical or CNS over stressing. We do augment with energy system work on the days off with corrective strategy and injury prevention of on those days as well. Fighters don't really have an "off season" so programming for a time frame is tough unlike other sports. With that in mind having an athlete in traditional "block" doesn't really apply."

"We have the good fortune to be in position to create and orchestrate the entire training plan for most of our fighters. We use clinical testing i.e., blood lactate, VO2, and RMR testing to determine a fighters fitness and a strict periodization schedule based on the heart rate zones from those results to create a training and nutrition plan to peak them for fight night. Since we create year round training plans for our fighters we require that they show up for their final 8 week fight camp with advanced levels of aerobic efficiency, adequate joint stability and whatever strength level we are able to achieve between fights. From this starting point we decrease volume (total training minutes per week) as we increase intensity (via heart rate) throughout the camp. Specific heart rates are called for each workout including striking, BJJ, wrestling, S & C, running and even sparring.

I hear too many coaches complain that the athlete’s fight camp strength and conditioning program leaves them too fatigued to get their technique and fight specific training done. Our belief in the 8 week adaptation cycle holds that once fight camp starts the best we can do is turn whatever strength the fighter has into power and create muscular endurance. For power training we can use either the standard power lifts or more functional training with other objects. We are talking relatively low volume however and only twice per week. Our 38 year old World Champ trains only 7 hours per week total throughout camp (including running). More volume might be needed for younger less well trained athletes. Our taper period is substantial and it’s not about recovery (we use a recovery week before taper starts) but instead about having a totally recovered athlete hit the highest intensities possible with full recovery between workouts.

Most fighters fade to approx 60% of their effectiveness in the last 2 minutes of every round, starting with the first, and very few can keep extremely active for the 25 minutes of a five round fight. We know most every fighter trains hard, so it’s not for a lack of training, but instead they are over trained. Workouts are too hard, too often, and for too long. We would never win a gold medal or set world records if we trained our athletes in other sports the way wrestlers and fighters typically train. Fighters are typically so over trained they are rarely truly peaked for fight night and they have no muscular endurance. That is my two cents worth."

Hopefully these answers will help you improve your workouts and help your athletes perform at a higher level.

Got other questions for our coaches?

Leave a comment below and we will do our best to answer them.