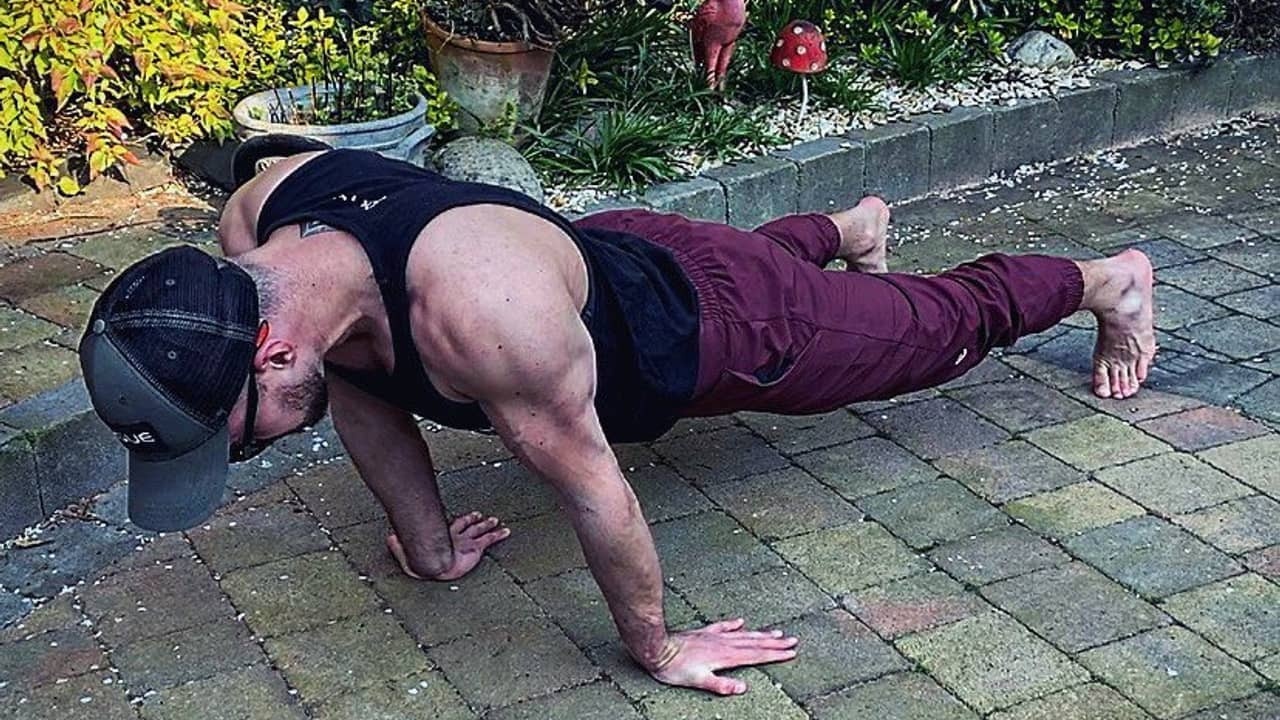 Isometrics At Home – Maintain Athleticism With No Equipment

Aside from the intelligent, the use of isometrics in a well-rounded strength and athletic development program can often been seen as overlooked and forgotten. Isometrics have a tremendous ability to assist in ones strength, athleticism, (and for the bros) size. 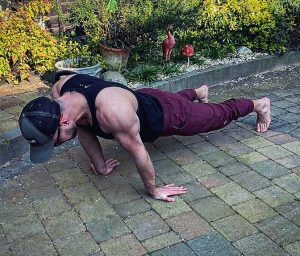 Isometrics are (once you go down the rabbit hole) a broad topic of interest and has been for many top coaches in the realm of performance enhancement. Just look at the work of the likes of Alex Natera, Dr Keith Barr, Jake Tuura and you’ll begin to understand how deep this subject can go. For the purposes of this article - I shall be condensing things down into a digestible, ready-to-use piece of text that’ll see you through these uncertain times, and beyond.

The use of what we know as isometrics today have been found and utilized by man for over 5000 years, whether it was a Nepalese sherpa, an ancient martial artist, or Buddhist monk - isometrics have been utilized across a broad spectrum. You’ll likely be more familiar with Bruce Lee’s workouts that famously brought isometrics into the eye of the people today. 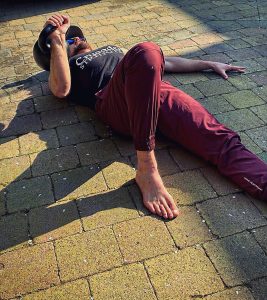 The word “Isometric” originated from the Greek word isos, which means “the same”, and metron which means “size”. Thus isometric contractions translate to tensing the muscle without the muscle itself changing length.

Easter egg: When the joint of the athlete is not moving (an isometric contraction), the muscle itself is actually shortening....VERY slowly, while the tendon is actually lengthening, again...slowly - amassing a net movement of nil - nifty illusion, that's all.

For the purposes of this text, we will be looking at the latter three and subcategorizing them for your better understanding: 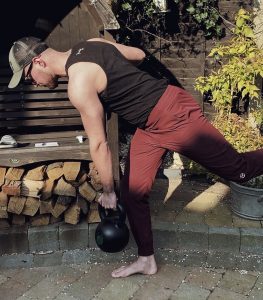 When an athlete holds/ pauses in a position for a period of time with a sub maximal load - this is commonly referred to as a yielding isometric. A simple example would a pause in a squat. They are commonly used amongst strength coaches to either add time under tension (TUT) as a means of overloading a stimulus or to break through a specific joint angle ‘sticking point’ for those involved in strength sports. Yielding isometrics have the ability to transfer to eccentric strength likely through the activation of mTor pathways (mTor is in essence the ‘light switch’ to muscle building and protein synthesis - it gets turned on).

As yielding isometrics are typically done with such sub-maximal loads and are therefore less neurologically demanding, they can be sustained for periods of time and they are best utilized for strength in a certain lift or position. Yielding isometrics held at a specific joint angle that is within 15 degrees (a side) of the action carried out in their sport is a gateway for better athletic development with higher specificity.

As a means of increasing TUT - yielding isometrics are a great addition. This article is currently being written at the beginning of a nation-wide lockdown (Covid-19, March 2020 in the UK). With everyone confined to their garage gyms, minimal equipment set ups and very little access to weights, now is a great time to implement the use of yielding isometrics for those still needed to facilitate an adaptation (whether thats size, strength or power). If you only have a light kettlebell, held in a goblet fashion for a rear foot elevated split squat with a tempo that incorporates pauses, is a fast-track way to getting as near to a weight room stimulus as possible.

Here are a few examples:

Moreover into the realms of athletic development, overcoming isometrics have tremendous implication into recruiting more muscle fibres, increasing the firing rate of those muscle fibers and (as aforementioned) being utilised at specific joint angles to carry over into your sporting endeavors.

When you as an athlete are either maximally pushing or pulling against an immovable object, this is typically and commonly known as an overcoming isometric (overcoming a resistant force).

I would generally recommend sets to be around 6-8s with maximal intent and effort.

Let me be clear here; overcoming isometrics won’t do jack unless you go in with maximal intent. Build the pressure in that certain position for 2-3 seconds and then maximally contract against whatever immovable object it may be; a bar in a rack, a door frame or whatever you have! As this is a max effort style lift, the intent of effort is key to facilitating adequate stimulus; around 3-4 working sets per position for around 3-4 lifts/movements should do the trick.

Overcoming isometrics can be used in high frequency. This is great news for the daily trainers and for those who train multiple times a day. Due to the next movement at the joint angle being nothing, the damage in a muscle-paradigm is minimal to negligible. You will be able to develop the neural factors in strength production at a higher rate, and the added benefit of no muscle damage is great for in season athletes and isolation athletes alike!

Like with yielding isometrics, overcoming isometrics can be performed at specific joint angles to your sport. So long as these are within 15 degrees a side (of the joint angle), you’ll still be able to attain the desired effects in terms of positional strength, a notable favorite of mine is a zercher split squat overcoming iso to closely mimic an MMA fighter, fending off a takedown or holding their opponent against the cage. Whether you have access to equipment or not, there are the ability for overcoming isometrics all around, a great way to facilitate and maintain strength, power and athleticism.

Here are a few examples:

Also known as long-duration isometrics, these methods are typically un loaded (for most of us mere mortals) yielding isometrics held for long periods of time and can assist with; increasing localized muscular endurance, improved tendon and joint health, enhanced neuromuscular efficiency and as a training recovery tool - but a potent stimulus as a stand alone method nonetheless.

One of the primary elements of extreme isometrics is that of nervous system training. When performing an extreme isometric (correctly, with intent), there is a reduction of what’s known as ‘compensation patterns’. These are patterns engrained within us from a survival standpoint, patterning un natural function. With the correct intent held through proper positioning, these movements are performed by “pulling yourself” into whatever extreme joint angle you are holding. For a split squat example ; you drag your back foot towards you and pull against the floor, creating the intended contraction. The rear leg is pushing out and up, creating another contraction and boom, hold that sucker for as long as you’ve got.

If you have ever acclimated to extreme isometrics, you’ll know the feeling of utter pain and soreness, IMMEDIATELY followed by a period of localized euphoria, creating somewhat of an analgesic response in connective tissue. Dr Keith Barr has some amazing knowledge around this, as does Dr Tommy John, I recommend you check out their work, if you’re interested in the mechanisms.

As a strength coach working with athletes on a busy and strict schedule, what I love to incorporate alongside extreme isometrics, is the ability to learn parasympathetic breathing. Both of these methods stand alone have good effect but when on time constraints, as they are not counter-conducive to one another, its great to practice both symbiotically - the old adage of two birds, one stone.

When you are holding an extreme isometric, your bodies natural reaction is to protect (sympathetic autonomic nervous system response), better known as fight or flight. To further benefit the intent of the activity, practice breathing techniques that are a para-sympatric autonomic nervous system response, will leave the athlete euphoric, with little/no damage. I could write a whole article around breathing techniques in relation to training, performance and recovery so for the sake of brevity here, I shall just jot my recommendations. Hold the position given with good positioning and intent (the best bang for buck are split squat and press up holds). Whilst in these positions you should focus on nasal only breathing (which you should be doing 90% of the time regardless) to a specific tempo of slowing and controlling that breath. Start off with a 4-6 inhale, a 5-6 hold with an 8+ second exhale and whilst here, focus on extending those numbers without forcing them, this should be a calming technique of breathing, allowing for that parasympathetic response. If you struggle with nasal only breathing, whack some tape across your mouth.

Here are some visual examples, including some interesting variations:

Isometrics are one of three muscle actions to train, creating force without any changes in muscle length or joint angles. An essential component in the true endeavor of athletic development. At the time of writing this article (March 2020), the world is in a state of pandemic. Lockdowns imposed, people forced to retreat to their homes without leaving; this gives us a great scope to at least explore the corners of isometric training. Whether you’re just adding tempo to your goblet squat as a means of overload (yielding), pushing against a doorframe because that's all you have (overcoming) or getting out in the sun and holding positions for long periods of time (extreme) - hopefully this body of text and accompanying examples allows for some diligent thinking.