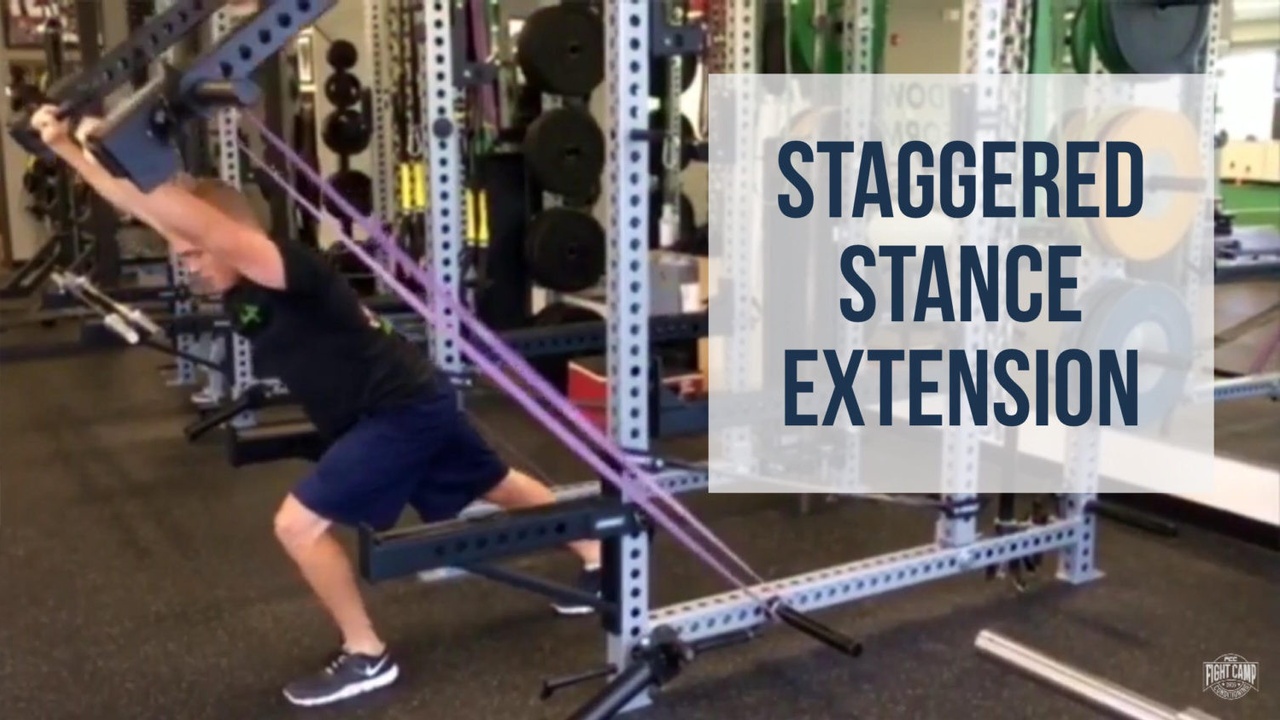 Have You Tried This? Staggered Stance Extension with Loren Landow

By Loren Landow
Owner of Landow Performance in Denver, CO

The staggered stance extension is a great exercise variation that allows us to train explosively while minimizing risk on the wrist and back.  This is a great alternative for combat athletes who lack experience or ability to use olympic style lifts.

Loren Landow is the owner of Landow Performance, founder of EliteSportsServices.com, Educator for the National Strength and Conditioning Association (NSCA) and recent author of Ultimate Conditioning for Martial Arts.  Coach Landow has been an athletic performance specialist for more than 20 years. He has trained over 500 professionals from the Ultimate Fighting Championship, National Football League, Major League Baseball, Major League Soccer, and National Hockey League, as well as Olympic gold medalists and a world-record holder. He has been fortunate to work with some of the best martial artists in the world, including UFC fighters TJ Dillashaw, Jospeh Benevidez Brendan Schaub, Neil Magny, Shane Carwin, Cat Zingano, and Nate Marquardt.

Learn More from Loren Landow With Staggered Stance Extension with:

Check out our Podcast with Loren Landow here

‘Behind the Scenes’ with TJ Dillashaw at Landow Performance