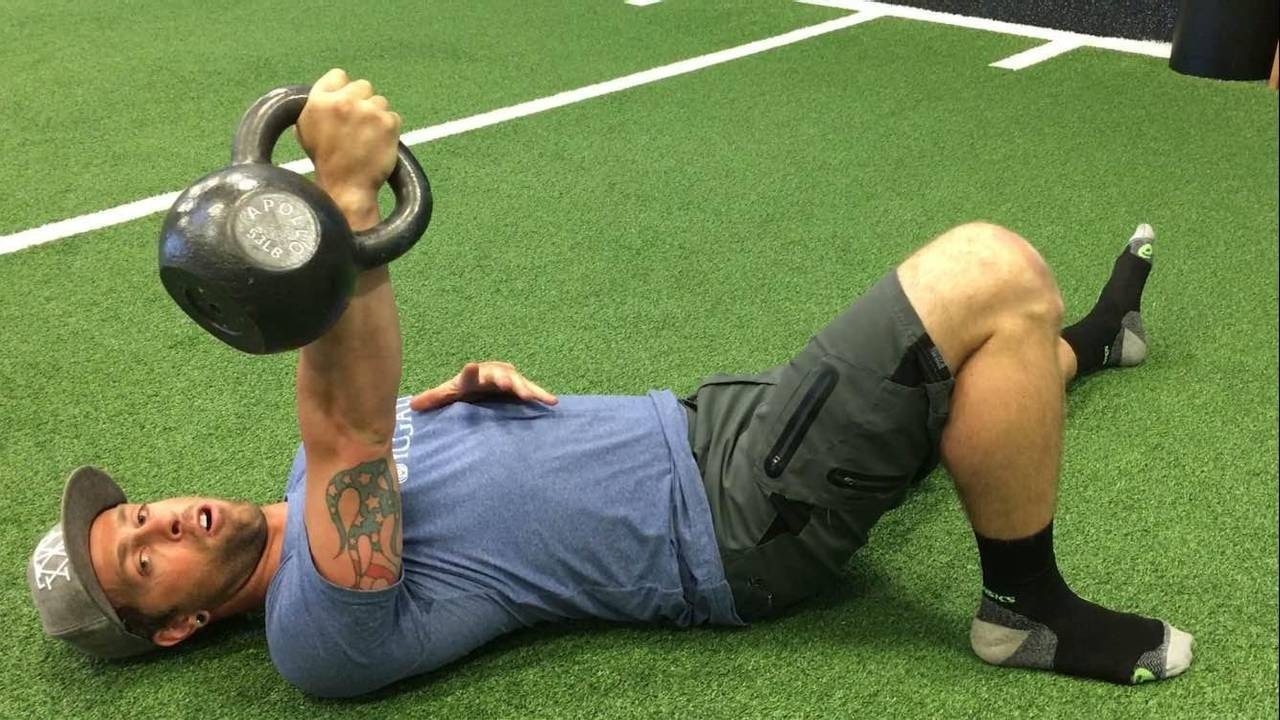 During our visit to Robert's gym, he had Bellator standout, AJ Matthews, perform this drill after warming up and before they started their strength work.

Robert is a Southern California native, embracing everything that can be done under the sun. Competing in a variety of sports: motocross, triathlons, bouldering, mountain biking and marathon running, he developed his passion for what would become his career in high school while studying under his football weights coach, Mike Burgener. He went on to intern with the Mira Costa College women’s soccer team in 2008 and in 2009, stepped into a full time coaching position with EZIA Human Performance. In addition to coaching a range of clients from general population to Olympic Athletes, Rob filled additional roles such as Director of Programming for group MMA Strength Training and mentoring to the international student internship program. Additional certifications and education include: USA weight lifting, U.S. Track and field, HKC Kettlebell, as well as working alongside physical therapists in rehabbing sports injuries and learning manual therapy from c.h.e.k practitioner Chris Maund.