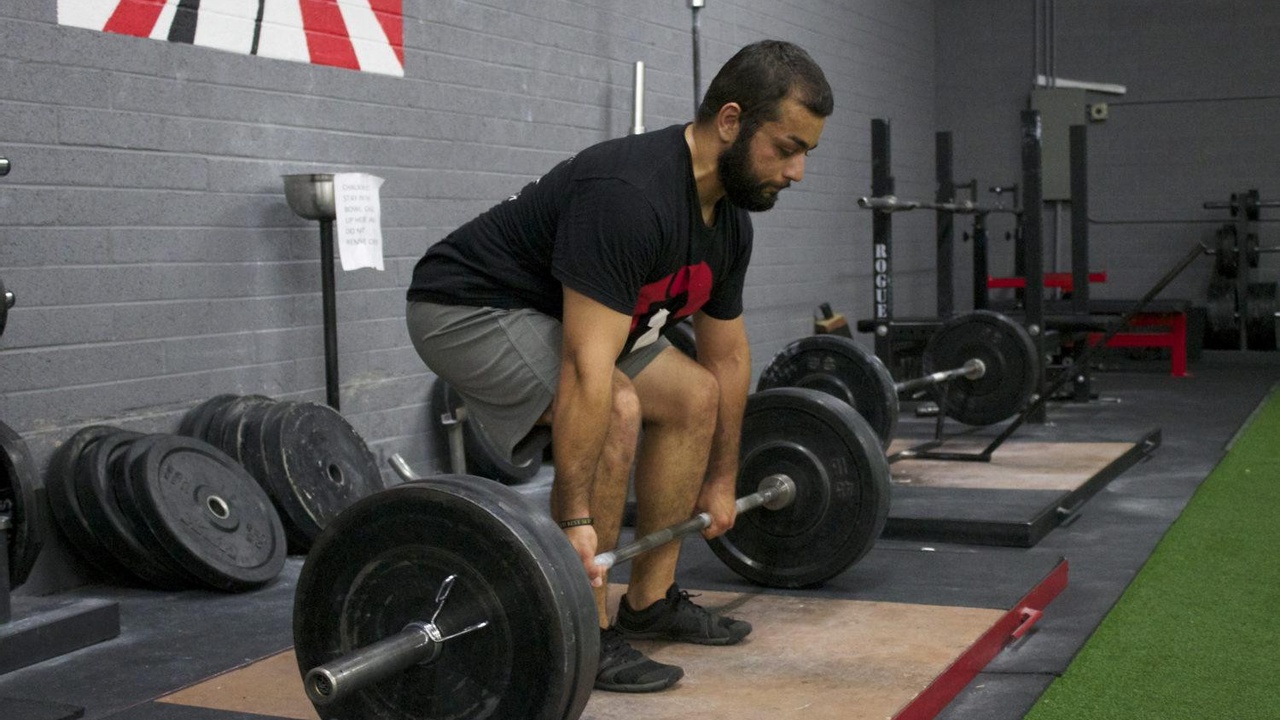 3 Exercises to Help You Master the Hip Hinge...aka The Deadlift

There are very few exercises that are as physically or neurologically demanding as the conventional deadlift. You’d be hard pressed to find an effective strength & conditioning program that did not include some type of deadlift variation. Deadlifts are one of the most advantageous exercises you can include in your training if performed correctly. Hip Extension is vital for virtually all athletic based movements whether jumping, running, cutting, or striking; the entire posterior chain is utilized in all combat sports. 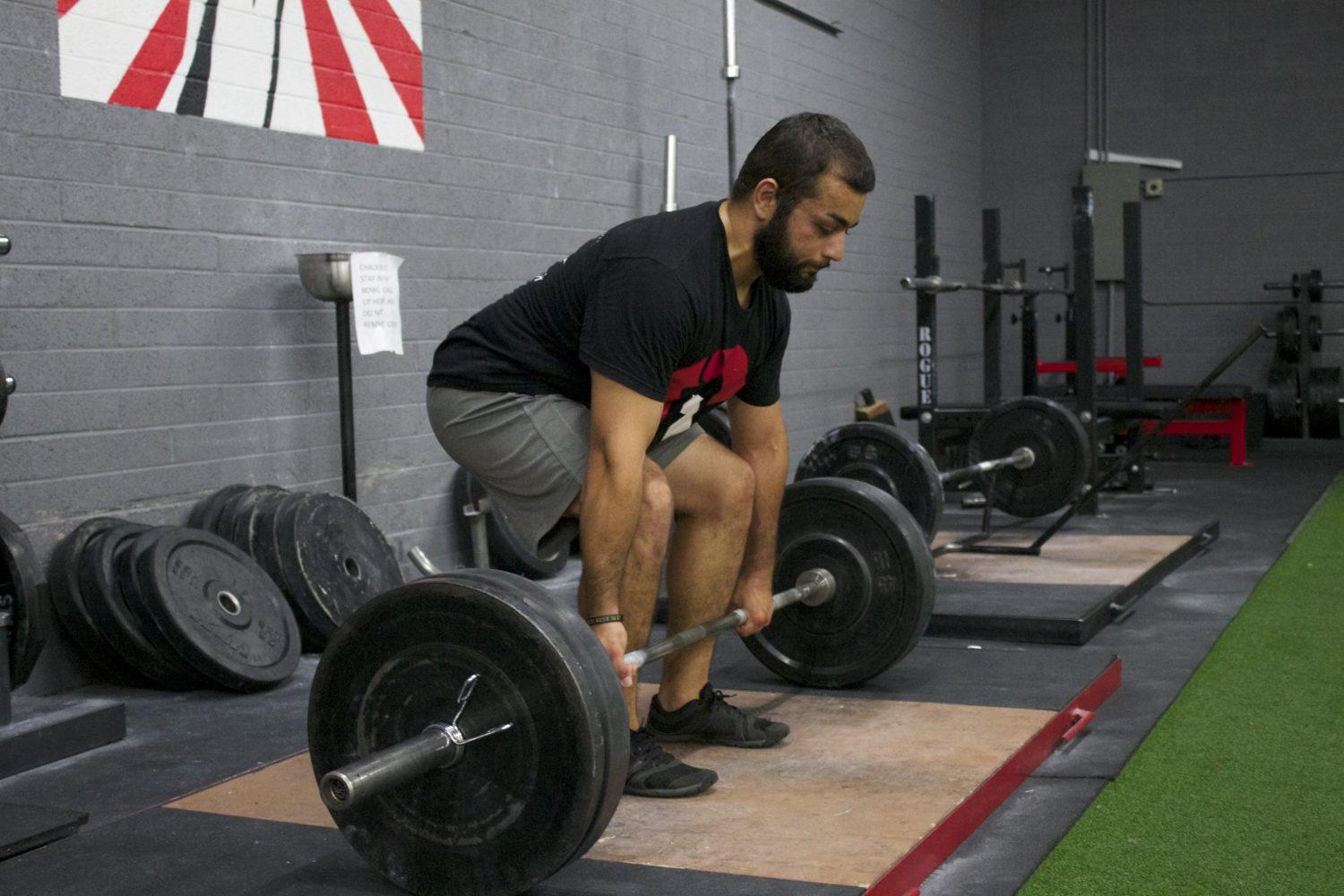 Step 2) stand in front of the barbell

Step 3) pick up the barbell

Step 4) put down the barbell

But if you want to perform the deadlift in the safest way possible , there is a little more to the movement. I seldom begin any athlete with a barbell in their hands, an athlete should master the hip hinge movement before pulling with a conventional deadlift style. As the athlete progresses, we include more external cues to allow him/her to move in the safest and most efficient manner. Progressions are key to master advanced compound movements such as the deadlift.

3 Progressions to Help You Master the Hip Hinge 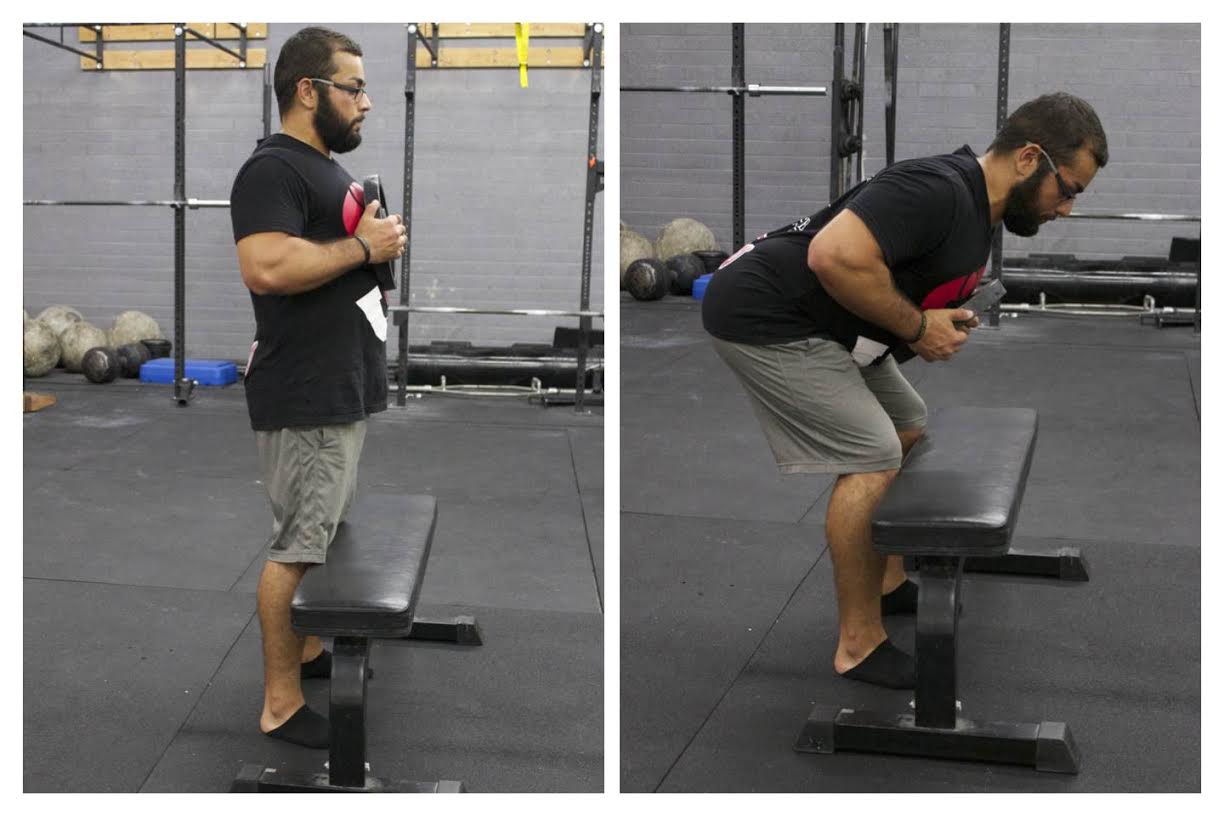 1. Bench Hip Hinge: Begin by standing directly in front of a bench with your shins vertical and touching the bench. Hold a 25 or 45lbs plate tightly against your chest. Begin the movement by breaking at the hips shifting backwards with slight flexion at the knee. You should continue to push their hips backwards while maintaining a neutral spine and vertical shins. Once the end range of motion is reached, contract the glutes and extend the hips forward. Feeling the “hips load” is a great cue to introduce with this progression; as you hinge your hips back you should take note of the tension in the glutes and hamstrings. 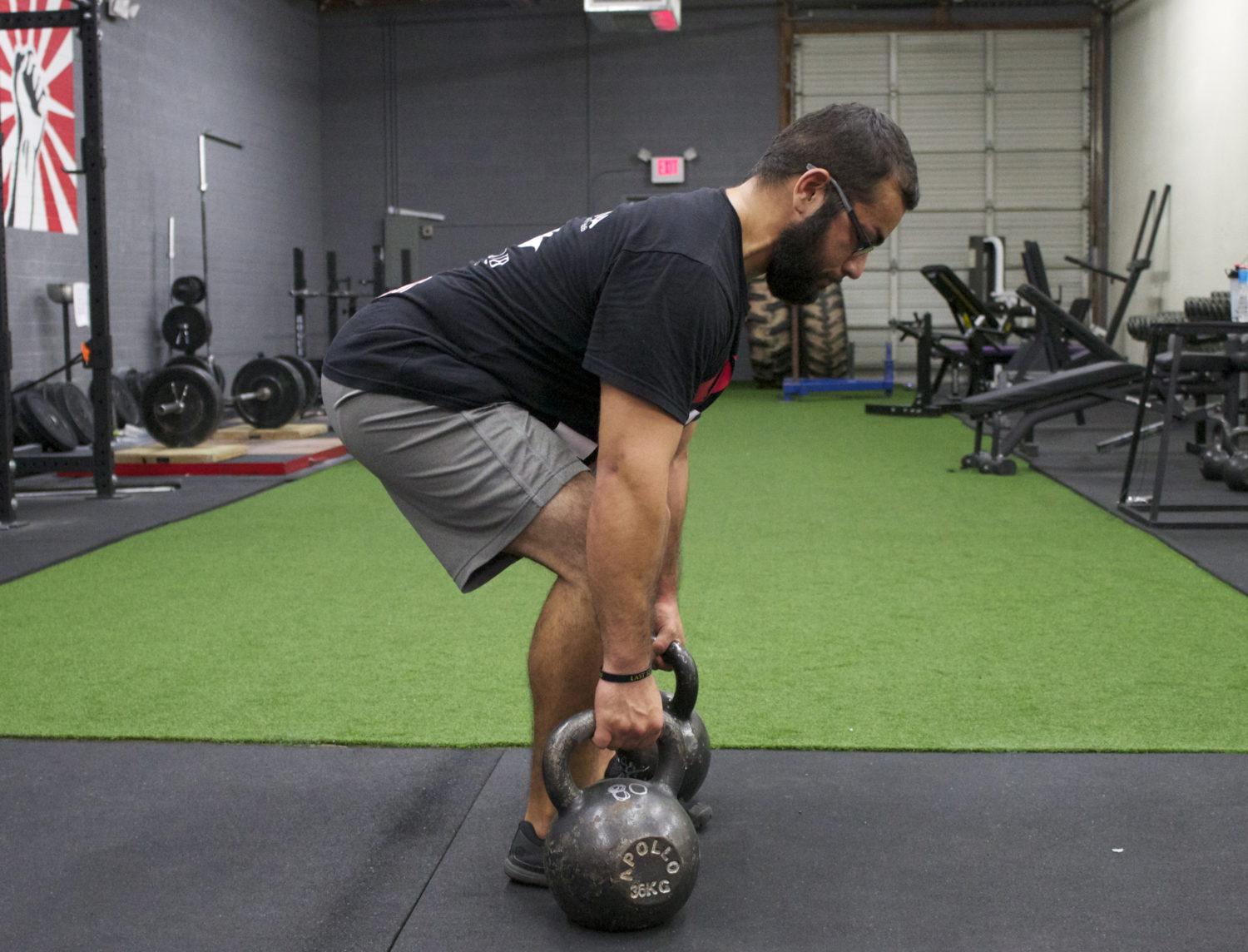 2. Kettlebell Deadlift: This is an ideal progression because of the weight distribution and position of the kettlebell causes produces less sheer force on the spine and allows for the athlete to begin in an optimal position from the floor. Set the kettlebells at the sides of the toes so the KB handles are slightly in front of you. Begin the movement again by hinging back with a neutral spine and firmly grasping the handles.

Maintain a vertical shin in order to load the hips and prevent from squatting the weights. Lift the kettlebells up by moving the hips forward into full extension. As this movement is introduced, internal cues can be included since the athlete is more comfortable with the movement. The “abdominal brace” is vital for bother power and safety during the lift. Purposefully inhale while expanding the abdominal and low back area. This will stabilize the lower back while executing the lift.

3. Block Pull: Place the plates on 2-3 inch blocks or plates to raise the starting position. Stand over the barbell so your shoe laces are directly under the bar. Begin the movement by hinging at the hips to descend to the barbell, feeling the tension on the hamstrings and glutes and grasp the barbell with a shoulder width grip. Because this is a more advanced movement another cue should be emphasized. In this case I’ll use the “shrug down” cue in which I ask them to shrug their shoulders down as hard as they can. You can imagine trying to put your shoulder blades in their pockets which engages the musculature of the upper back allowing for greater spine stabilization. Once the upper back is contracted, the hips are loaded, the trunk is braced then pull the barbell off the blocks by quickly extending the hips forward until completely upright.

Once an athlete has progressed successfully to the block pull you can move on to a deadlift off the floor.

Naveed Shan is a strength & conditioning coach at Siege MMA/Lotus Club Jiu Jitsu and Revolution Training Systems in Arizona. Naveed graduated with degrees in Exercise & Wellness and Psychology from Arizona State University with hopes of pursuing a doctorate in physical therapy to improve performance and injury prevention for athletes. He has worked with Jiu-Jitsu competitors and MMA fighters at every level along with collegiate and professional athletes. Naveed is a Lotus Club Jiu Jitsu Blue Belt and competitive power-lifter. For further information he can be reached at naveedshan.com.